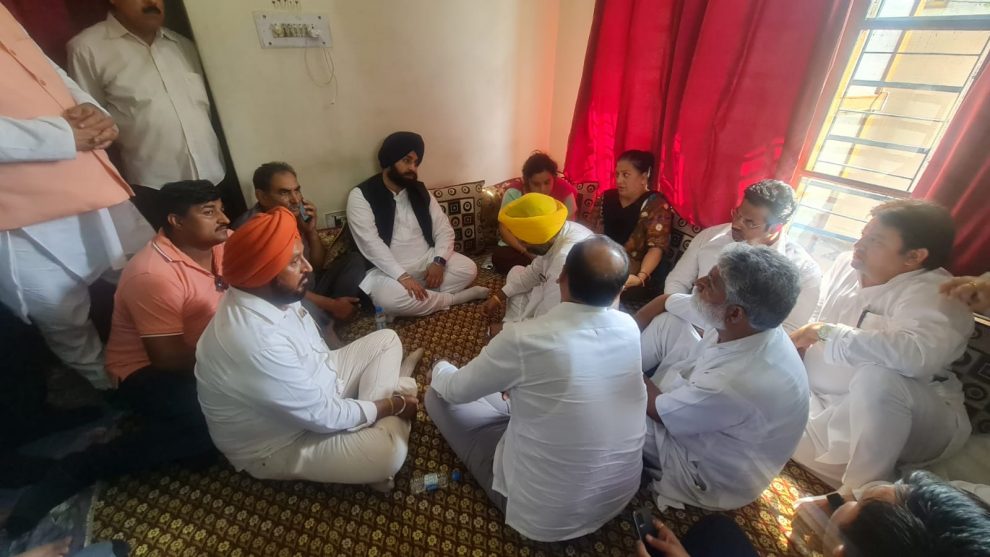 JAMMU: Aam Aadmi Party (AAP) on Sunday flayed BJP for its failure to provide adequate security to minorities in Jammu and Kashmir.

After expressing condolence over this tragic loss of life in terror act in Valley, Punjab Cabinet Minister Harjot Singh Bains hit out at BJP Government at the Centre for not doing enough to provide security to minorities in the Valley. He said that except rhetoric and self-praise, BJP leadership has learned nothing because it is strange that despite spurt in targeted killings, the BJP leaders both at the centre and in J&K are busy in boasting about their achievements which are invisible as only these so-called people’s representatives of BJP are able to notice the same.

The AAP Government Minister termed the killing of Rahul Bhat as another cowardly act of Pakistan and asked the governments both at the Centre and in the UT to take some effective steps to stop terrorists from unleashing the reign of terror as they are targeting people at their will with no fear of law and the security forces.

He said that government of J&K and the one in the centre should take a cue from AAP governments and provide Rs 1 crore ex-gratia to the NoK of Rahul Bhat as he was killed while rendering services to the country. He said that AAP strongly bats for adequate compensation to people who lost lives in terrorist acts or in line of duty. He said that Rahul Bhat’s killing is the fit case for Rs 1 crore compensation because his very appointment under the special scheme was for a cause  towards the country. “No doubt that Rahul has given supreme sacrifice for the country and he deserved the most”, he added.

2 dead, 7 injured as car falls into gorge in Ramban
Doors of Ram temple at Ayodhya will soon open for devotees: Champat Rai
Comment