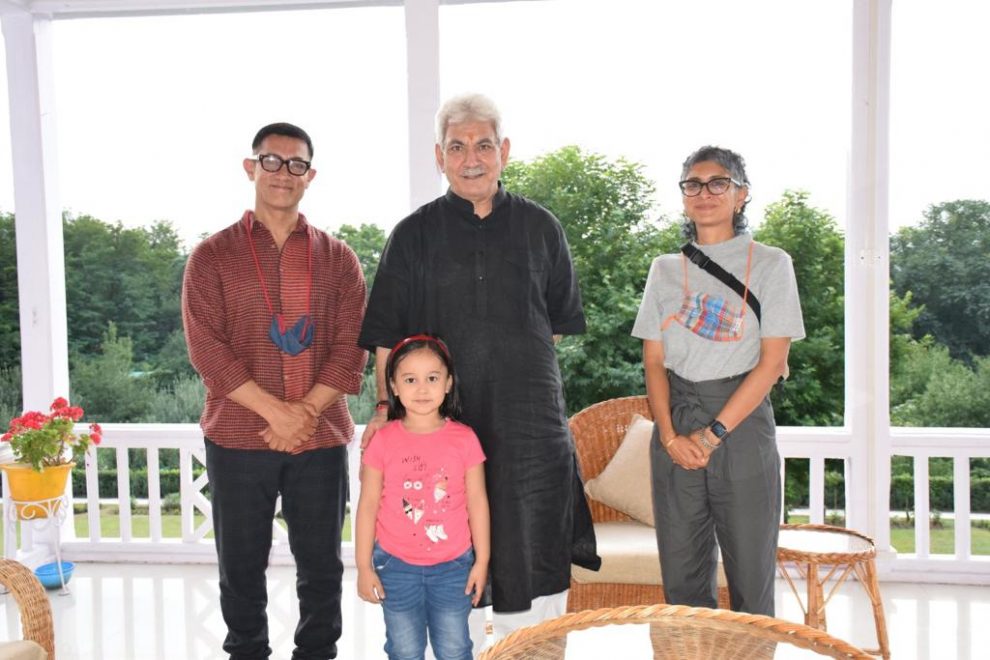 For the unversed, Aamir Khan and his ex-wife producer-director Kiran Rao who are currently shooting for ‘Laal Singh Chaddha’ in Ladakh, recently met J-K Lt Governor at Raj Bhavan to discuss the new film policy of the state. The office of J-K LG in an official statement informed that the meeting was held to discuss the new film policy of J-K, which will be released shortly.

The meeting was also focused on reviving the state’s glory in Bollywood and making it a favourite film shooting destination for the filmmakers. On a related note, this is not the first time that such meeting has taken place, but Bollywood has already started looking to explore scenic backdrops for future film projects in Kashmir.