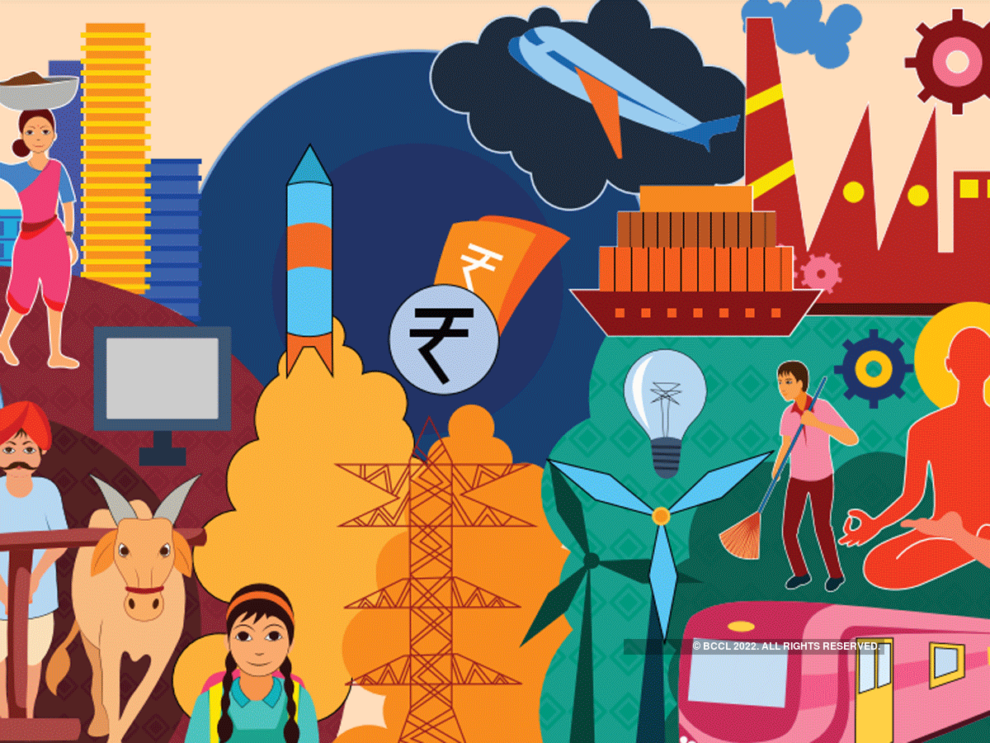 The latest growth numbers released last week present an optimistic outlook, confirming again that India is one of the few countries on course to register a healthy 6% or more growth in the current year. When the U.S. and European nations are staring at a sharp deceleration, India growing at a healthy clip must count as one of the success stories. The concept of economic growth is closely linked to productivity, for productive work creates wealth. But a person cannot become productive without a supporting ecosystem. Also, a person cannot be expected to be productive if he is deprived of the necessities of life like adequate food and nutrition, and housing.

In the twenty-first century world too, there are close to 200 million humans who live in deprivation of such necessities. The stark disparity of wealth prevalent in the 19th and 20th centuries continues into the 21st century. Even today, 15 percent of the global population owns or consumes 80 percent of the global wealth. The National Statistical Office’s numbers say the economy grew 6.3% in the July-September quarter of 2022-23. Manufacturing was a laggard though, contracting 4.3%. In the April-June quarter, the economy had grown 13.5%, primarily owing to a low base in the previous pandemic-hit year.

Growth in eight infrastructure industries such as crude oil, natural gas, refinery products and cement contracted, but the second quarter growth is in consonance with the projections of various independent experts as well as the forecast of the Reserve Bank of India. There is, however, some dissonance among farm sector experts who are surprised at the NSO claim of 4.6% growth in agriculture. The kharif crop harvested in the quarter under review was affected adversely due first to drought conditions and then untimely rains. Maybe the healthy growth in the sector owes to the robust contribution of the livestock, fishing and forestry segments.

The services sector, on the other hand, performed well due to the post-Covid opening of the economy. Thanks to the near-total opening up of the economy after the pandemic, private consumption was considerably higher in the second quarter. Government spending, however, contracted in the quarter. The Centre’s fiscal deficit at 45.6% of the Budget target in the first seven months of the current financial year reflects healthy concern for keeping expenditure in check despite several demands on the exchequer. Even after prudent management of the economy, it is unlikely that the Centre will be able to contain the deficit at a full-year Budget estimate of 6.4% of the GDP.

Overall, pressure on the general price line has eased in recent weeks, giving rise to hope of the RBI staying its hand on a further increase in the prime lending rate. Middle-class borrowers may not have to pay higher EMIs on housing and auto loans if the basic interest rate remains unchanged. Meanwhile, the one-way march of the Sensex continued unabated, showing little or no correlation to the overall health of the economy. It was as if the Indian share markets operated in a world of their own insulated from headwinds slowing major global economies. Last week, the Sensex hit an all-time high of 62,887, 23% up from the low of 50,921 in mid-June.

Given that the manufacturing sector, as per the NSO data, registered weak growth and inflation is still above the RBI’s comfort level, the equity markets seem to be in the grip of a bull run. At first it might seem irrational, but experts argue that there are good reasons for the Sensex to rise. When the foreign markets are in a state of funk due to the Russia-Ukraine war and fears of recession, and China is beginning to look unsafe for further investment by foreign funds, the Indian stock markets offer a relatively secure opportunity for investment. After pulling out a lot of money in mid-2022, foreign portfolio investors were back in a big way in recent weeks.

Yet the Indian markets are no longer dependent on FPIs to boost the Sensex. The evidence lies in the fact that despite returning in a big way in recent months, the net foreign investment in the share markets is in the negative this year. In other words, domestic money is entering the share markets in a big way through systematic investment plans and mutual funds. The investment habit among people, especially the younger segment, is growing. Even household savings are pouring in the markets given the low returns on post office and banking instruments. The spread of the equity culture augurs well for overall growth.

Slander Is Now Virtue | More Vulgar The Better!
Jingping in his own trap
Comment