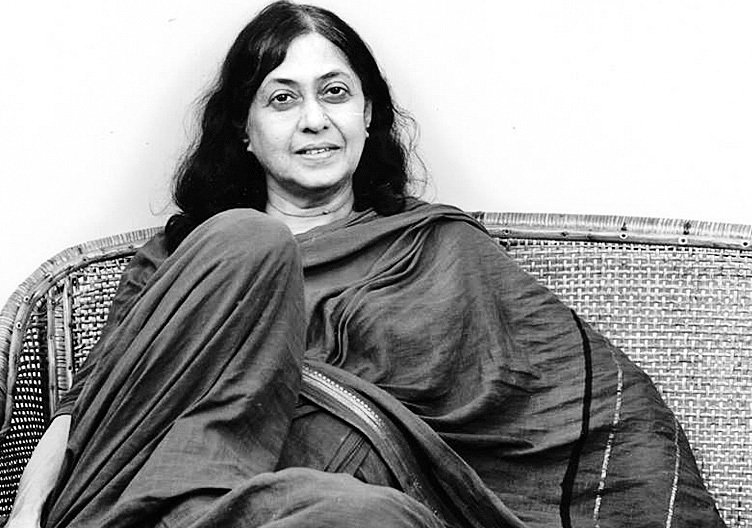 Before climbing the stairs, carpeted in maroon and white, to wend his way towards the Sea Lounge, Satyavrata had already rehearsed his lines about a dozen times, but reaching the door he paused for a moment, feeling a sudden sense of panic. Would she weep, would she once more proclaim her passionate love for him as she did in her last two letters and create now an unsavoury scene? Did he choose the wrong place for the meeting? The Taj was nearly always full of people who knew him well. Perhaps at the Sea Lounge he could manoeuvre her to sit behind a potted palm or at the last table in the row of tables looking out at the Apollo Pier. It would not be easy, of course. She was fond of making herself conspicuous by wearing quaint clothes. Don’t I look a real nut? she had asked him one day last year when he ran into her at the shopping centre. She had worn a red scarf tied around her throat and had a pair of jeans with four ridiculous patches stiched on. What if she came dressed like that to the Sea Lounge? Oh! He would die of shame.

As soon as he pushed open the door to enter he saw her. She was sitting at the second table gazing forlornly at the sea. He followed her gaze and saw the evening sky, the sea still blue and vivid and the white sails of the boats, bulging with the wind. He sat down opposite her and said hello. She turned her face very slowly and smiled at him. I am sorry I am a few minutes late, I got held up at the office, he said. She nodded. I have already ordered for myself, she said. A gimlet. He signalled to the waiter and asked for a hamburger and coke. Don’t you drink ever? she asked him. I am not too well today, he said, fumbling with the menu card, feeling nervous.

I must be totally sober, he told himself. I must not allow liquor to change my mind about the girl. He had to tell her frankly that he did not wish to marry her. He was grateful for the love she gave him, the kindnesses in her letters and in her conversations with him whenever she came to the city for a holiday. But that was all. He was going to be ruthless with her. It would not do to let her dream on about a future with him. She was not his kind of woman. A real nut, she had called herself. He liked his women sophisticated and feminine. I do not want to beat about the bush, he said, looking her straight in the eye. I do not want to marry you. In fact, I do not wish to marry for another ten years.

The glass of gimlet in her hands began to turn slowly. A goblet of thin crystal with its pale liquid and a slice of lemon floating over it. He noticed for the first time that her fingers were long and extraordinarily lovely. She wore on the middle finger of her right hand a ring, set with blue stones, which matched the cerulean blue of her silk sari. She had brought into the hotel, along with her blue sari and the ring, the essence of the sea. She had become an extension of the sky, the blue sea and the sailboats. Why had he missed noticing her pure grace, he wondered, feeling uneasy.

But the die was cast. She said, that is all right, I understand, please don’t have a guilty conscience about me…

Your father had rung me up yesterday, he said. He felt clumsy while he took a bite of his hamburger.

Yes, he told me, she said in her cool voice, but do not worry about Papa, I shall explain the position to him.

I will marry my old beau, she said, the one who has been crazy about me for years. Let us not worry about it now. Tell me about your new job.

While he talked about his superior, his landlord and all his friends, she twirled the stem of her glass, looking into it intently as though it were a crystal in which she could see her future and his. He was entranced by that gesture. The whiteness of her hands danced before his eyes. Outside, the sky was turning dark. Were her eyes darkening too, he wondered looking with astonishment at their serenity. He left half the hamburger in his plate and wiped his mouth. This is no good, he said, I don’t think I can finish it. She smiled. It is time for me to leave, she said, and very soon they were out of the Sea Lounge walking together down the steps, she admiring the floral design on the carpet and then stopping for a minute at the bookstall to open the first two pages of a glossy magazine and moving away to walk out of the hotel. May I get you that magazine, he asked her eagerly but she said, halting on the marble steps, oh no they are all so expensive, thank you all the same. Her hair began to fly, wrapping half of her face for a second and settling back again. She was beautiful. With an ache in the pit of his stomach he realized that all the beauty of his life was going away with her. She was going away from him with no promise of a letter or a meeting. Everything between them was ended.

In a panic he said, may I give you a lift, I can drop you wherever you want to go…

She shook her head. No, I want a walk, she said, laughter floating up in her voice, it is a lovely evening going waste. I want a long walk, thank you all the same.

She turned to the left and walked on past the new annexe called the Intercontinental and then on and on among the evening revellers, past the little wooden stands where men sold dolls made of shells, and disappeared from his view. Then the dusk set in.

Excerpted with permission from Padmavati the Harlot & Other Stories, Kamala Das, Aleph Book Company. Read more about the book here and buy it here.

Join The Dispatch Whatsapp Group to stay updated
The Dispatch is present across a number of social media platforms. Subscribe to our YouTube channel for exciting videos; join us on Facebook, Intagram and Twitter for quick updates and discussions. We are also available on the Telegram. Follow us on Pinterest for thousands of pictures and graphics. We care to respond to text messages on WhatsApp at 8082480136 [No calls accepted]. To contribute an article or pitch a story idea, write to us at [email protected] |Click to know more about The Dispatch, our standards and policies
TagsAleph Book Company Kamala Das Padmavati the Harlot and Other Stories The Sea Lounge