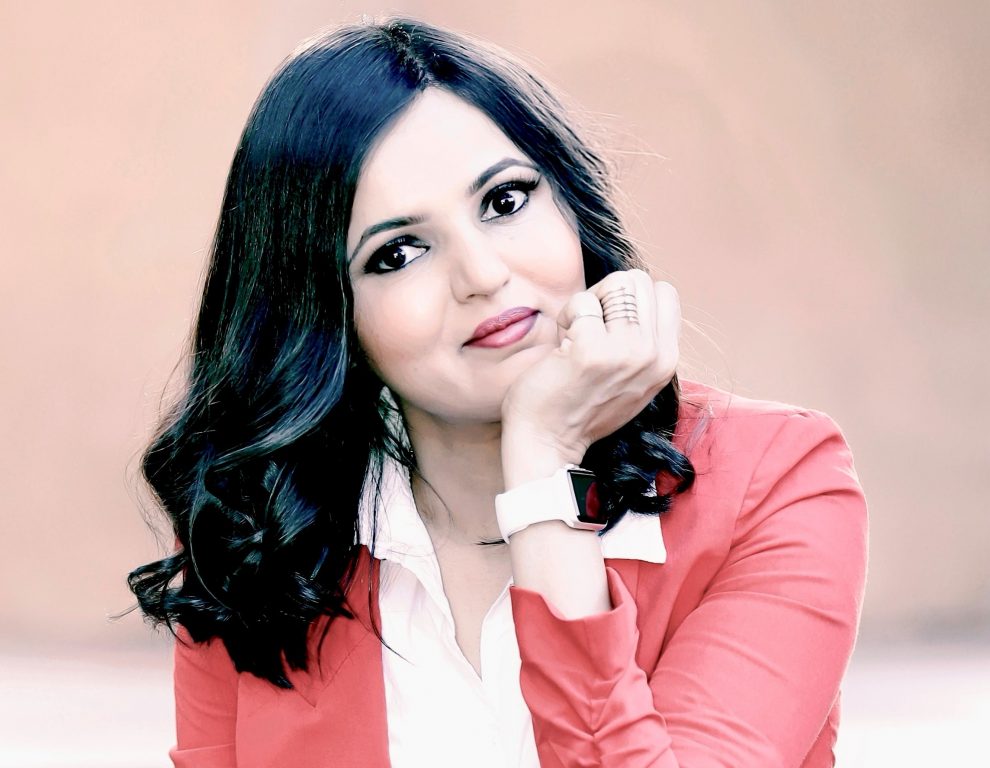 The noise from a vehicle parked outside the front door was deafening. Kittu sprinted to the living room, which had been grandly titled Diwan-e-Aam. It overlooked the street they lived on. The twins had already beat her to the finish line.

‘Wow, hot stuff. Incredible,’ Shamik was positively salivating. Kittu squinted and followed Shamik’s gaze. She saw a curvy young woman in jeans and a fitted orange sleeveless top standing by the moving truck. She was directing the labourers as they unloaded large brown boxes and stacked them in the front yard of the neighbouring house. A cloud of dust rose up around her as if for dramatic impact.

‘Looks like an Indian Barbie. All grown up,’ Nishant waxed eloquent, his eyes glued to the woman.

Kittu shushed them with a wave. ‘Stop it you two. Stop devouring her with your dirty gaze.’

They ignored that bit of unsolicited advice. It was second nature to them.

‘Do you see anyone else with her? Like an evil dad or a possessive husband or an insecure boyfriend?’ Shamik carried on, his head jerking every which way to look for potential threats.

‘I’ll let you know as soon as I find out,’ Nishant yelled out to him as he ran out of the room. In a split second he had darted to the main gate of the house and was on his way to charm the lovely new lady on the block. Shamik sprinted right after him. That was the thing about them; one minute they fought like hyenas, the next minute they joined forces in search of instant gratification.

Kittu was left disappointed by the immaturity of her siblings. She let out a heavy sigh. This wasn’t the first time. She gathered up the pages of the newspaper, which had been scattered in different parts of the house à la a treasure hunt, what with four men living in the same house, and sought out the front page. There was a headline about an Indian model getting in legal trouble for posing nude again, printed in a font that should have been reserved for news such as the American president punching a female news reporter so she kicked him hard between his legs and he tumbled, holding his crotch, trembling with pain. Or something similar that would be truly worth grabbing eyeballs, Kittu mused. Before she could complete that humorous thought, her phone beeped. And then it beeped again. And again. It irked her when people broke down their messages into multiple texts; texts that did not warrant existence in the first place. She located her phone, which was buried under the couch cushion Bark Twain was resting on. It wouldn’t be an exaggeration to state that for all practical purposes, Kittu was a non-entity for Bark Twain. Life was a struggle every step of the way.

‘Kittu Di save me!’ Text number one from Nishant.

‘She turned out to be Dimple Kapadia.’ Text number four.

Wait, what? She had no patience for cryptic messages.

‘Such a downer.’ Text number six.

‘Stop it. Stop it right now.’ Kittu texted back to Nishant, furious, ready to strangle him. ‘Don’t you dare bombard me with useless messages.’

‘OK OK but please come save us. She talks nonstop. Has held us,’ text number ten.

Nishant was the dramatic one of the twins. Kittu had herself to blame. When the boys were growing up Nishant would always tug at her dress or skirt and follow her around the house and garden ceaselessly. Shamik was the more independent sort, playing cricket or hockey in the society’s common plot or arm-wrestling with the neighbourhood boys, returning home smeared in dust-infused sweat, the colour of his T-shirts virtually unrecognizable. His shoes would leave filthy footprints all over the house, and his hair had to be washed every single day, something their mother had hated. It made him perpetually late for school, so while the school bus would pick up Nishant and Kittu, Shamik had to be dropped off much later by Ravi. He would bring back late entry cards to be signed every other day.

Every other week Ravi would be called in to meet with Shamik’s teachers and discuss his behavioural problems. The headache never ended. ‘Why can’t you play nice like Nishu?’ Kalyani—their mother—would demand while scrubbing off yet another stubborn stain on his chin in the bathroom. ‘Because I’m a man,’ an ungainly seven-year-old Shamik would gloat, thrusting out his boyish ribcage, showcasing his torso, which was completely devoid of fat or muscle, his missing-front-teeth smile on display. He would then flex his arms like the shirtless leading actors he saw in newspaper supplements and glossy magazines.

‘At least I’m not like Nisha. You should just drop the “nt” from his name. It’s unnecessary,’ Shamik would always slyly slip that in, taking digs at his brother. Kalyani would be utterly exhausted by the time he was ready to be put to bed. Given the amount of time and effort it took to manage one spoilt child, Kalyani often proclaimed that it was a miracle that she managed to raise the other two.

Having had to share her mother with the twins so early on in her life hadn’t been easy on Kittu. The boys were rambunctious, cranky and demanding, and her mother had had no breather or quality time for Kittu for years. Kittu had maintained her distance from the twins initially, the miserable feeling—misinterpretation as she realized much later—of being the unwanted child leaving her resentful.

In the summer break just before she turned six, she’d overheard her grandmother telling her aunts that her mother had had two miscarriages before her. Kittu hadn’t known what that meant then. But she knew it had something to do with losing two siblings. In a strange way that had made her feel special. She hadn’t left her mother’s side after Kalyani gave birth to Shamik and Nishant, bringing her water in her baby cup now and then, wiping the sweat off her forehead when she was tired after feeding the boys, and braiding her hair when she sat on the swing in the evenings, putting the twins to sleep while chopping vegetables.

Excerpted with permission from A House Full Of Men, Parinda Joshi, HarperCollins India. Read more about the book here and buy it here.

Join The Dispatch Whatsapp Group to stay updated
The Dispatch is present across a number of social media platforms. Subscribe to our YouTube channel for exciting videos; join us on Facebook, Intagram and Twitter for quick updates and discussions. We are also available on the Telegram. Follow us on Pinterest for thousands of pictures and graphics. We care to respond to text messages on WhatsApp at 8082480136 [No calls accepted]. To contribute an article or pitch a story idea, write to us at [email protected] |Click to know more about The Dispatch, our standards and policies
TagsA House Full Of Men Contemporary Fiction HarperCollins India Parinda Joshi