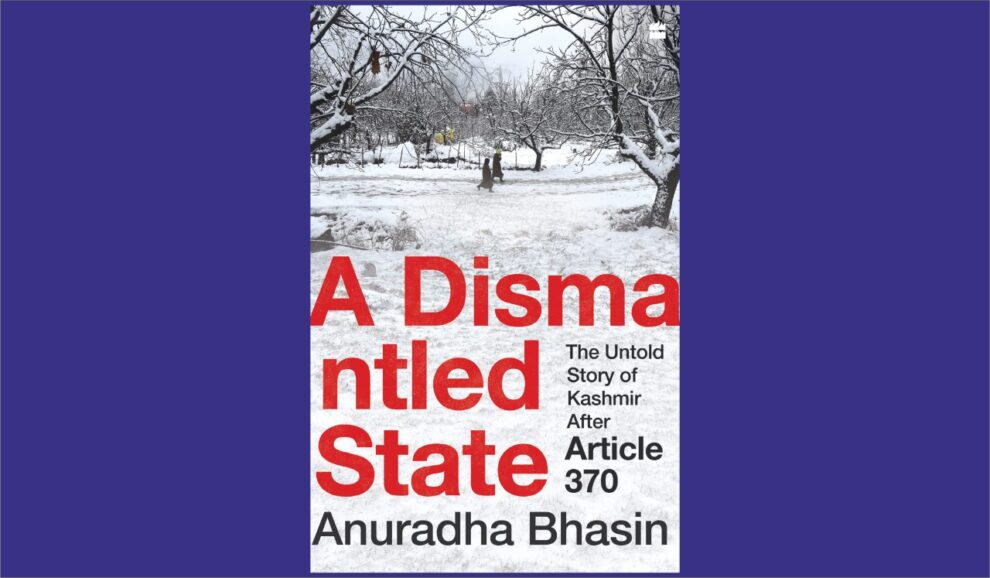 JAMMU: A new book chronicles the events and “untold stories” that occurred in Jammu and Kashmir after its special status under Article 370 and 35A was revoked on August 5, 2019.

“A Dismantled State”, written by journalist Anuradha Bhasin, is based on eyewitness accounts from a range of people with an aim to understand “what happened in the Kashmir Valley” after August 2019.

The abrogation of Article 370 and 35A was followed by months of restricted internet connectivity and increased armed security in the region, the events also led to limited news reporting from the Valley.

“The dilution of Article 370 and subsequent events in Jammu and Kashmir have not only reshaped the region’s sociopolitical and economic landscape but have also led to a near extinction of any news that does not conform to the official narrative.

“This book is my attempt to combat disinformation in Kashmir’s dangerous information desert. Through it, I hope to fill at least some gaps in the understanding of how the post-5 August 2019 developments are impacting lives of common Kashmiris and pushing South Asia towards a dangerous vortex,” Bhasin said in a statement.

“‘A Dismantled State’ maps Anuradha Bhasin’s quest for Kashmir’s truth after 5 August 2019 when Article 370, that had governed the state’s troubled relationship with the Indian Union, was almost entirely scrapped. Given the curbs that accompanied the move, on-ground reporting became a challenge.

“The adverse circumstances sharpened Anuradha’s determination to find out what really was going on in Kashmir and attempt to sift reality from a maze of narratives,” Swati Chopra, associate publisher, said.

The book will hit the stands on December 28.