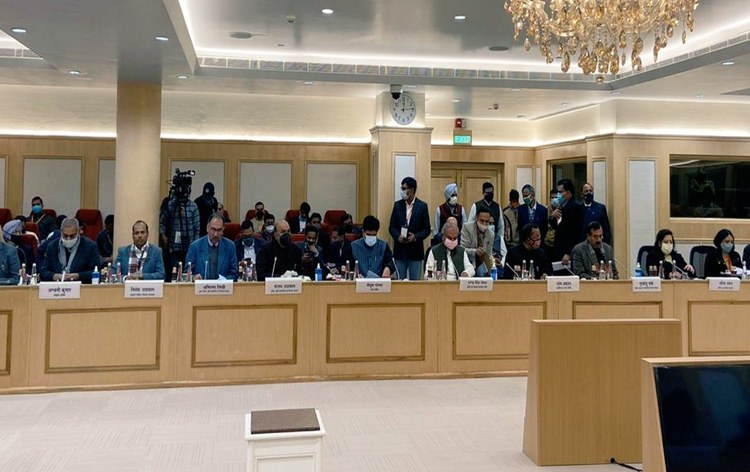 The ninth round of talks between the Central Government and farmer unions was held in the National Capital today.

Speaking to the media after the talks, Agriculture Minister Narendra Singh Tomar said, no conclusive decision was taken in the meeting and the next round of talks will be held on the 19th of January.

Saying that the talks were held in a cordial atmosphere, Mr Tomar hoped that a consensus would be arrived at soon. He added that  the government suggested to farmer unions to form informal groups to finalise concrete proposals that can be discussed further at formal talks.

He also expressed concern at the farmers protesting in the cold conditions. Mr Tomar said, all the three farm legislations were discussed in detail.

The Minister added that the Centre has identified the concerns of the farmers and is trying to allay these concerns. Replying to a query, the Minister said, Centre will present its side before the Committee constituted by the Supreme Court when asked.

The Supreme Court on Tuesday had stayed the implementation of three farm laws till further orders. It had also announced the formation of a committee to hear the grievances of the farmers and the opinion of the government.