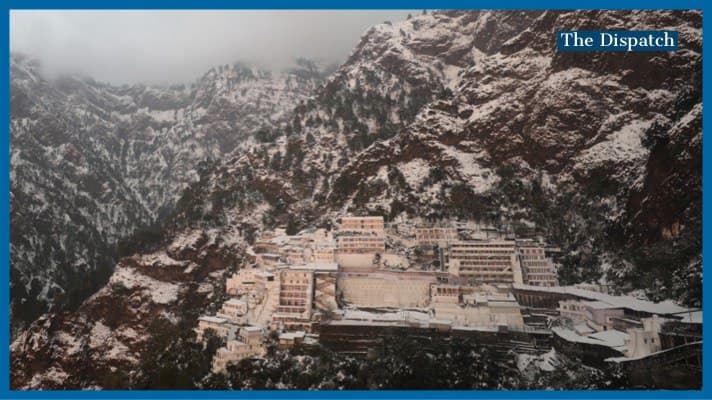 JAMMU: Over 91 lakh pilgrims visited the famous Mata Vaishno Devi temple in Reasi district of Jammu and Kashmir in 2022, the highest in the last nine years, a senior official of the shrine board said on Sunday. Over 23,000 devotees offered prayers at the shrine located atop Trikuta hills on New Year’s Eve.

In a tweet, Shri Mata Vaishno Devi Shrine Board CEO Anshul Garg said, “91.25 lakh devotees paid obeisance at Shri Mata Vaishno Devi shrine in 2022, the highest number since the start of Online Individual Yatri registration in 2013. May Mata Rani continue to shower blessings of peace, happiness and prosperity upon all of us.”

According to shrine board data, 23,110 pilgrims offered prayers at the shrine on the last day of 2022.

In 2022, the highest footfall was recorded in June with more than 11.29 lakh pilgrims visiting the temple. At 3.61 lakh, February saw the lowest footfall last year.

Despite a stampede at the shrine on January 1 last year that left 12 pilgrims dead and 16 injured, over 4.38 lakh devotees visited the temple in the month.

Only 17 lakh pilgrims, the lowest in over three decades, visited the shrine in 2020 when it remained closed for five months due to the COVID-19 pandemic.

The pilgrim footfall at the shrine touched an all-time high of 1.04 crore in 2012.