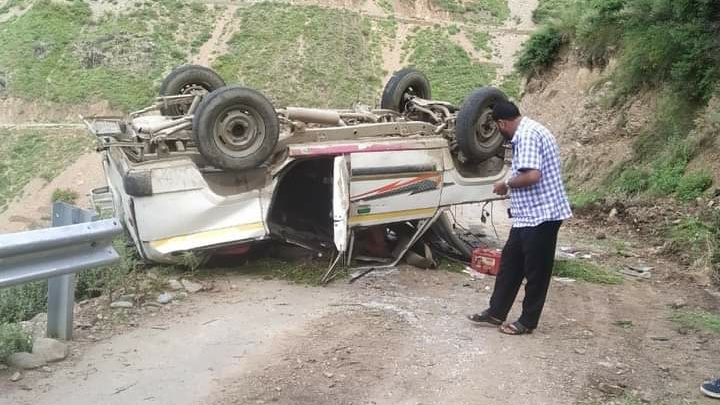 KUPWARA: At least nine persons were injured after a passenger cab they were on board met with an accident in Chowkibal area on Sunday morning.

Reports said that a sumo bearing registration number JK-09 1093 skidded of the road and fell into a deep gorge along Budnamal road in Chowkibal. In the incident, nine persons sustained injuries and were evacuated to SDH Kralpora for immediate treatment.

Few of the patients with relatively serious injuries are said to have been referred to SDH Kupwara for advanced treatment, the official added. (GNS)