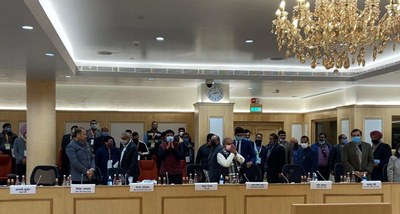 The next round of talks between the Centre and farmer leaders will be held on 15th of this month. Briefing media after the eighth round of talks with representatives of farmers’ unions, Agriculture and Farmer Welfare Minister Narendra Singh Tomar said, discussion on the farm laws was taken up, but no decision could be made. He said, the government urged that if farmer unions give an option other than repealing, it will consider it, but no option could be presented, so the meeting was concluded.