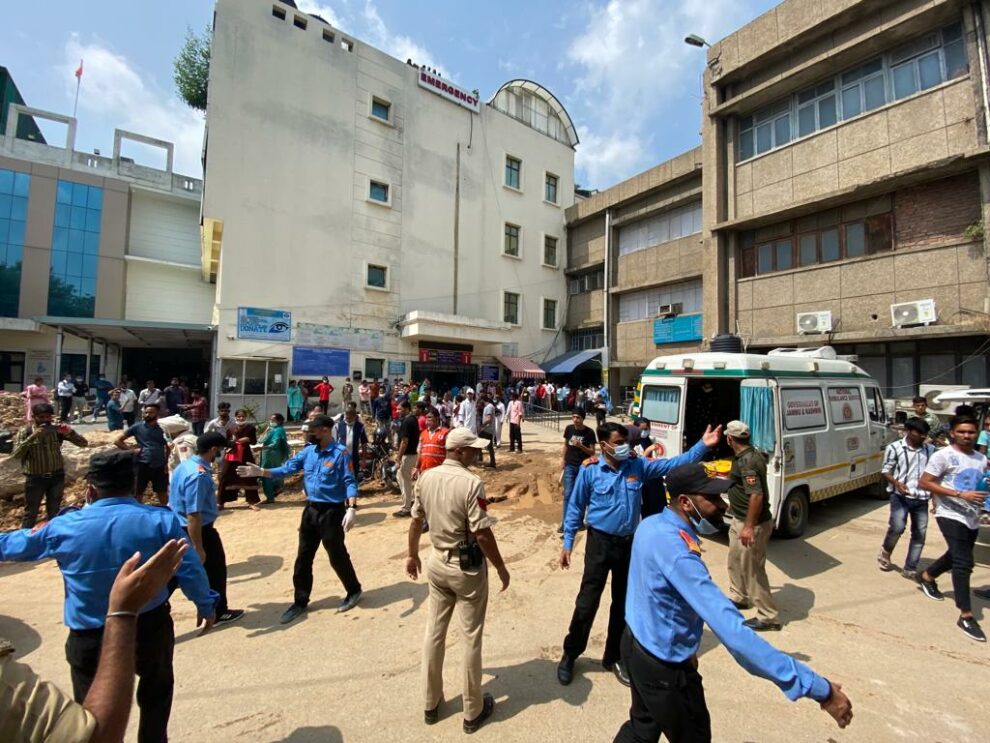 RAJOURI: Eight people were injured when a taxi cab (Tata sumo) they were travelling in skidded off the road and overturned in Rajouri district on Thursday.

Sources said that the vehicle (JK11-8884) was on its way to Rajouri from Bufliaz when it met with the accident near Magi Mohre. Passersby immediately took the injured to a nearby hospital where the condition of all of them is stated to be stable.

SDPO Thanamandi Dr Imtiaz Ahmed, who along with the police party visited the injured in the hospital, confirmed that eight people suffered wounds in the accident. He said a case has been registered with the concerned police station and further investigations taken up. (GNS)

Join The Dispatch Whatsapp Group to stay updated
The Dispatch is present across a number of social media platforms. Subscribe to our YouTube channel for exciting videos; join us on Facebook, Intagram and Twitter for quick updates and discussions. We are also available on the Telegram. Follow us on Pinterest for thousands of pictures and graphics. We care to respond to text messages on WhatsApp at 8082480136 [No calls accepted]. To contribute an article or pitch a story idea, write to us at [email protected] |Click to know more about The Dispatch, our standards and policies
Tags#thedispatch #accident