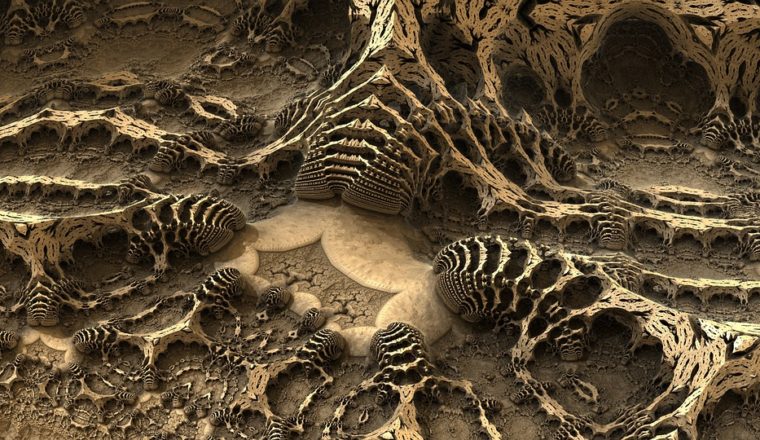 SRINAGAR: Around three months after a fossil site was discovered in Aherbal area of Kulgam district, around 8 fresh fossil sites have been discovered in Kulgam and Anantnag districts of south Kashmir.

Earlier, fossil site was discovered by Dr Rouf Hamza and Manzoor Javaid in last week of August this year. Both are lecturers by profession in school education department and are associated with School Herbal Gardens as nodal officer.

Dr Rouf Hamza and Manzoor Javaid said that after discovery of fossil site in Aherbal, the spate of the discoveries of fossils has gained momentum and at least seven fossil sites have been discovered by them at various locations in south Kashmir.

One of the fascinating sites was discovered at Dadrein area of Damhall Hanjipora (District Kulgam) on 19th September, 2021 by the team which also included Mohammad Yousuf Ganie and Pervaiz Sajjad lecturers of the education department. The site got exposed due the construction of a link road to Dadrein village. Only a few metre stretch of the small mountain with red sandy soil and fossiliferous rocks bearing a wide range of fossils like Fenestrate Bryozoan, Bivalves, Brachiopods, Rugose Corals, Tabulate Corals, Crinoids, Lepidodendron, Graptolites and Ichnofossils got exposed due to excavation by the road construction agency.

“There is every likelihood that the whole mountain is filled with such fossils and could prove a geological paradise for the researchers as it is yet untouched,” they said.

“So far as the stratigraphy and type of fossils is concerned, this site is seemingly an extension of the Ahrabal fossil site. In fact, such fossils are scattered in the whole mountain range of Pir Panchal on either side,” they said.

Moving ahead towards Zaji Marg, similar fossils were found. In addition to this, Zajimarg seems to be a rich repository of some rare fossils which could not be studied intensively due to low visibility on that day.

“During the visit to the adjacent Nagwan area of Dadrein Village (D.H.Pora), it was found that ancient broken terracotta pottery is frequently visible near the shrine of Hazrat Mir Syed Ali Simnani which is an indication that this site is of archaeological importance as well. The site, according to the locals was an ancient human settlement,” they added.

While scouting for fossil samples on 16 October, they came across a site at HaalKhah- Tsuntihal junction in Chittergull area in Anantnag which is rich in plant fossils diversity and petrified wood. Several bark imprints were found in the area. In fact, the whole area is a Petrified Wood Forest which could be millions of years old.

Abdul Aleem Wani, a local teacher was accompanying the team while the discovery was made. The site is located at a distance of about 30 Kilometres from the Anantnag town of South Kashmir. This is probably the first site where petrified wood has been reported in such a huge quantity, they added.

While on a Nature Study Camp conducted for the students of Government Higher Secondary School Dethu, at Chattapal in Shangus constituency on 25th August 2021, a number of fossils were seen which include: Brachiopods, Bivalves, Piddock Rock borings, a bone of some unknown animal, Stromatolites, Fossilized Waves on rocks, Plant fossils etc.

The lecturers said that another site having rich Ichnofossils of varied types, Brachiopods, Bivalves, Pisolites, Stromatolites, Piddock Borings and other unidentied fossils was discovered on 31 October above the stone quarries in Achabal forest area.

A rich and interesting site of great geological importance with exquisite geological formations and remnants of volcanic activity was found in Dethu area of Shangus constituency on 18th October 2021. The site is replete with hundreds of fossil remains of diverse nature which got exposed due to weathering, quarrying activity and subsequent erosion. Some staff members of Government Higher Secondary Dethu were also accompanying the team during the survey. The site located near Govt. Higher Secondary School Dethu is having fossils of various Palaeozoic organisms like Brachiopods, Stromatoporids, Stromatolites, Bivalves, Glossopteris, extensive Piddock rock borings, petrified wood, ichnofossils of various types and stones with mud crack impressions, they said.

A superficial observation of these sites reveals that hundreds of fossils are visible at these sites without any need for excavation. This is an indication that huge cache of fossils could be hidden beneath. If the prospective and potential areas of these sites are excavated, it may divulge an astounding fossil world to the scientific community, they said adding, upon preliminary examination, it was revealed that the fossil samples may be dating back to Permian to Triassic periods. Some sites and samples may be even older. However, exact age could be established through serious research and Radio Isotope Dating.

Interestingly, some serious work on the discovery of fossils is being undertaken by the amateur fossil hunters and new revelations are made in this field in quick succession, they said.

Dr Manzoor Javaid said that the exploratory work will continue with same zeal not only for fossil study but in other fields of science and technology. He added that about 10 Nature Walk-Fossil Talk programmes have been conducted for the students of various districts of north and south Kashmir.

Mohammad Yousuf Ganie urged the concerned agencies to take effective measures to safeguard these sites from vandalization and destruction.

One more site the site has been discovered by Tehsildar Damhal Hanjipora, a local patwari and a team of education department.

Tehsildar DH pora Niyaz Ahmad said that it is his habit to explore new places during holidays and on Sunday last he along with some other officials were going to Nun-Kul in Kulgam, however, on way they found some impressions on stones in Kandimarg area and conducted studies on it for hours and we found that it is a fossil site.

He said that later experts and a team of education department was contacted who also confirmed that there is fossil site.

Khurshid Ahmad lecturer at Government Higher Secondary School Kulgam who was part of the education team said that fossil is an impressions l traced or a body part of an once living organism and as per the study conducted this fossil is of Palazoic era which is also known as Devonian period.

He said that this fossil rate is around 250 million years old and is rich in medicinal plants also and its discovery is good sign for Geo-tourism.

Patwari Mukeen Ahmad said that he is Patwari by profession but a tracker by passion and every Sunday he goes for tracking to explode new places and medicinal plants and last Sunday he along with Tehsildar Niyaz Ahmad were going for tracking when they found some stones with impressions and later it was found that there is fossil site.

He said that this is good sign of Geo-tourism and government must bring area on Geo-tourism map so that it will be help in the development of the area and open job opportunities for local youth.

Locals also demanded that as area is very far flung and people living in the area are very poor, government must bring this area on geo-tourism map for the upliftment of the locals—(KNO)