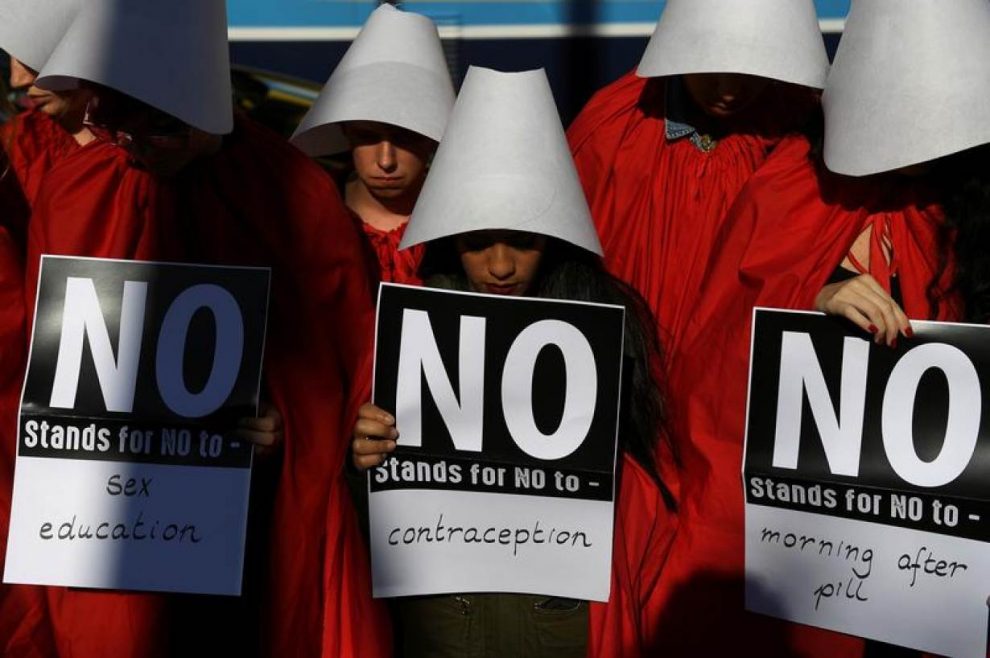 Argentina became the first major country in Latin America to legalize abortion on Wednesday, allowing the procedure through the 14th week of pregnancy and bucking the traditionally strong influence of the Catholic Church in the region.

The coronavirus pandemic has impacted abortions around the world, with lockdowns complicating access in some places, while other countries made it easier to get at-home medical abortions.

But despite stay-at-home orders, the world’s legislatures, courts and politicians have continued to make key decisions to expand or roll back rights.

In October, 33 countries including the United States, Egypt and Brazil, signed a declaration that critics say was aimed at restricting access to abortion.

Previously in Argentina women were only allowed to abort in cases of rape or serious risk to the mother.

Here are some of the hotspots for abortion rights in 2021:

An October court ruling in staunchly-Catholic Poland banned abortions in most circumstances and led to huge protests. Calls to an abortion support hotline in the country have increased more than five-fold since the ruling.

The decision is yet to be published in detail, delaying its implementation, with discussions reportedly ongoing as of November.

A 2019 constitutional court ruling struck down a decades-long ban on abortion. That forced the government to propose new legislation in October that would allow abortion up to 14 weeks  and in some cases up to 24 weeks.

The proposal has yet to be voted on and implemented.

Outgoing President Donald Trump’s Supreme Court nominee Amy Coney Barrett – a devout Catholic favored by conservatives – was confirmed in October. Rights advocates worry her appointment could tip the bench towards overturning a landmark 1973 ruling that said women had a right to abortion.

A case involving access to medical abortion drugs is currently before the court.

In October, the country’s parliament narrowly rejected a bill that would have made it harder to get an abortion. But at least one lawmaker reportedly said she will try again in six months.

Thailand’s Constitutional Court ruled in February that existing laws criminalizing abortion were unconstitutional. The Thai cabinet in November approved a legal amendment to allow abortion up to 12 weeks into a pregnancy.

Parliament is expected to vote on the changes in early 2021.

Legalization proposals have been presented in several state Congress including in Michoacan and Chiapas, with rights activists hoping they will follow Mexico City and Oaxaca which allow abortion up to 12 weeks.

Amnesty requests under a new law for women imprisoned for abortion have not yet been granted. Large protests over abortion and other women’s rights issues are expected to continue.

In the Philippines – where abortion is illegal and carries a jail term of up to six years – women’s rights groups have drafted a bill to decriminalize abortion, and are looking for a lawmaker to sponsor it.

Past decriminalization efforts have been opposed by the powerful Catholic church.

The Central American country, which has a strict outright ban on abortion – even in cases of rape – will likely continue to face pressure from international organizations.

In 2020, a United Nations expert group said three women put in prison under the law were detained unfairly. More than a dozen women have been jailed for abortion-related crimes.

Second indigenous activist killed in Honduras in past week
FACTBOX – Argentina approves abortion but what are the laws globally?
Comment