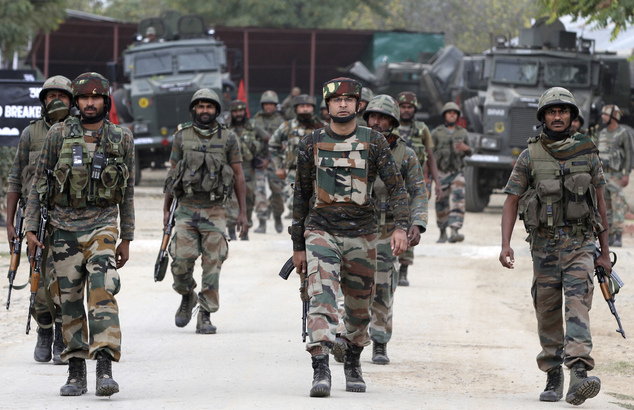 Jammu:  78 militants have been killed in Kashmir since January this year.

Most of the militants killed in operations were affiliated with Lashkar and included some of the top commanders involved in attacks on the forces, said Inspector general of police (Kashmir Range) Vijay Kumar on Friday.

“In these encounters, most of the terrorists (killed) were affiliated with proscribed terror outfit Lashkar-e-Taiba (39 out of 78) followed by Hizbul Mujahideen, and Al-Badr,” he said.

Operations have been particularly successful in south Kashmir — most of the militants were eliminated in districts of Anantnag, Pulwama, Shopian and Kulgam. Most of them were locals who had joined the militant ranks in the past one or two years, he said.

Recently, top Lashkar commander Nadeem Abrar Bhat, who was allegedly involved in several killings of security forces and had joined the militants’ ranks in 2018, was killed.

Last week, Hizbul Mujahideen militant commander Mehrajuddin Halwai from Sopore was killed after his detention by security forces in north Kashmir’s Kupwara district. Police said he was killed when he was taken to retrieve his weapon from a hideout where he allegedly picked up his rifle and started firing.