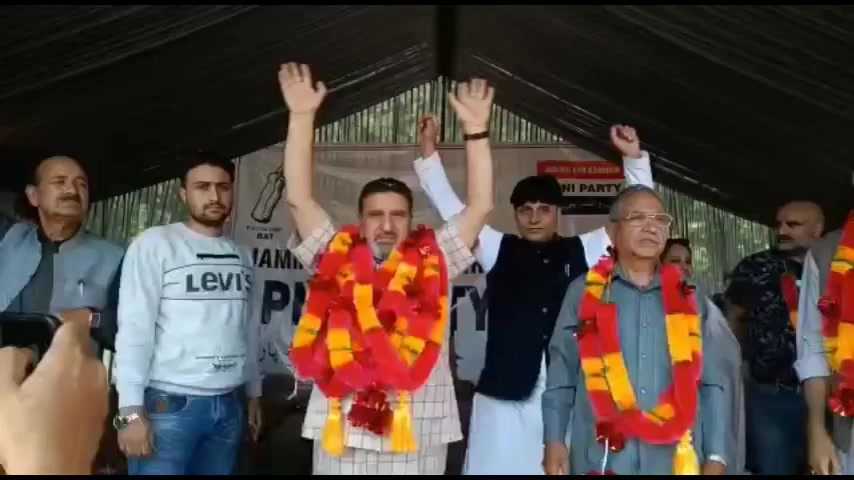 SRINAGAR: Apni Party president and former minister, Syed Altaf Bukhari Friday said that the family rule has devastated Jammu & Kashmir and that everything has been sold by them in the past 72 years.

Addressing a gathering at Eidgah here in Srinagar, Bukhari said that the Eidgah was the place where the people used to offer Eid prayers, but unfortunately, Eid prayers at the place has now become a history.

“Soon after Article 370 was abrogated on August 05, 2019, most of the leaders were detained. However, after some time, the people were allowed to meet us, people used to talk about job security and youth empowerment and shifting of arrested youth from outside jails to Kashmir,” he said.

He further said that the leaders had befooled the people here from the last 72 years that the special status can never be removed. “It took just ten minutes in the parliament to remove it, which exposed the claims of the leaders, who had befooled people as well as the party workers,” he said.

“After the abrogation of Article 370, we came out and worked hard for the release of the leaders as well as the arrested youth and ensured that the business activities resume so that the people could heave a sigh of relief,” he said, adding that nobody has so far dared to question the leaders what they have done in the past 72 years.

After observing the dishonesty and befooling by the family parties, we came up as a party with an aim to work for the people and to put an end to the family rule, he said, adding that it was Apni Party, whose efforts have led to the release of nearly 1700 people after the removal of Article 370.

“We are not here to play politics and to sell things. In the past 72 years, these leaders have sold everything and nothing is left with the people now. But, we will never betray the people. It has been two years since the leaders sought votes for restoration of special status, but nobody has sought an answer from them as to what happened after they emerged victorious,” Bukhari said, as per KNO Correspondent.

“It is unfortunate that the leaders in the past seven decades have failed to provide better roads, adequate water supply, better health sector and other basic facilities to the people. 90 per cent of the girls’ schools lack toilets, the people have been betrayed from time to time,” he added.

About the conduct of elections, Bukhari said it will be held and it is not the charity from the Government of India, but it depends on the people now whether they would take benefits out of it.

“We promise people that 500 units of electricity in winter and 300 units in summer will be provided free to the people, four cylinders of gas will be provided free of cost and old age pension will be increased once Apni Party comes to the power,” he said and added that the youth here need equal opportunity, but there is a need to wake up from slumber—(KNO)

Join The Dispatch Whatsapp Group to stay updated
The Dispatch is present across a number of social media platforms. Subscribe to our YouTube channel for exciting videos; join us on Facebook, Intagram and Twitter for quick updates and discussions. We are also available on the Telegram. Follow us on Pinterest for thousands of pictures and graphics. We care to respond to text messages on WhatsApp at 8082480136 [No calls accepted]. To contribute an article or pitch a story idea, write to us at [email protected] |Click to know more about The Dispatch, our standards and policies
Tags#thedispatch #Apniparty