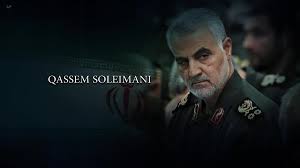 SRINAGAR: At least seven people, including a girl were injured in clashes that erupted in the Magam area of Budgam district where some army personnel allegedly burnt the picture of Qasim Solemani, a former Iranian army commander.

Solemani was an Iranian military officer who was killed in a drone attack at Baghdad International Airport some years back.

The locals staged a protest against the Army for allegedly setting the picture of Qasim Solemani ablaze. “We will continue to protest till there is an apology from the involved army men,” a local protestor said.

Police used tear smoke shells, pellets and mild lathi-charge to chase away the protestors. “All the injured were referred to Srinagar for treatment from SDH Magam,” the official said.

A police spokesman in a statement said that today at 1 pm, people of village Mabuchan, Magam held protest at Magam main chowk alleging that a party of the security forces while on patrol in the village misbehaved with locals of the village.

“Senior police and civil officers visited the spot and talked to locals. Traffic has been restored and situation is under control,” he said, adding that the officers assured locals that allegations are being inquired into and necessary action if required, shall be taken accordingly. Meanwhile, a video that went viral showed an army officer apologizing and re-installing the photograph of Solemani. The officer, however, was seen asking the people not to paste Solemani’s photographs in army uniform. Later, the situation came back to normal—(KNO)