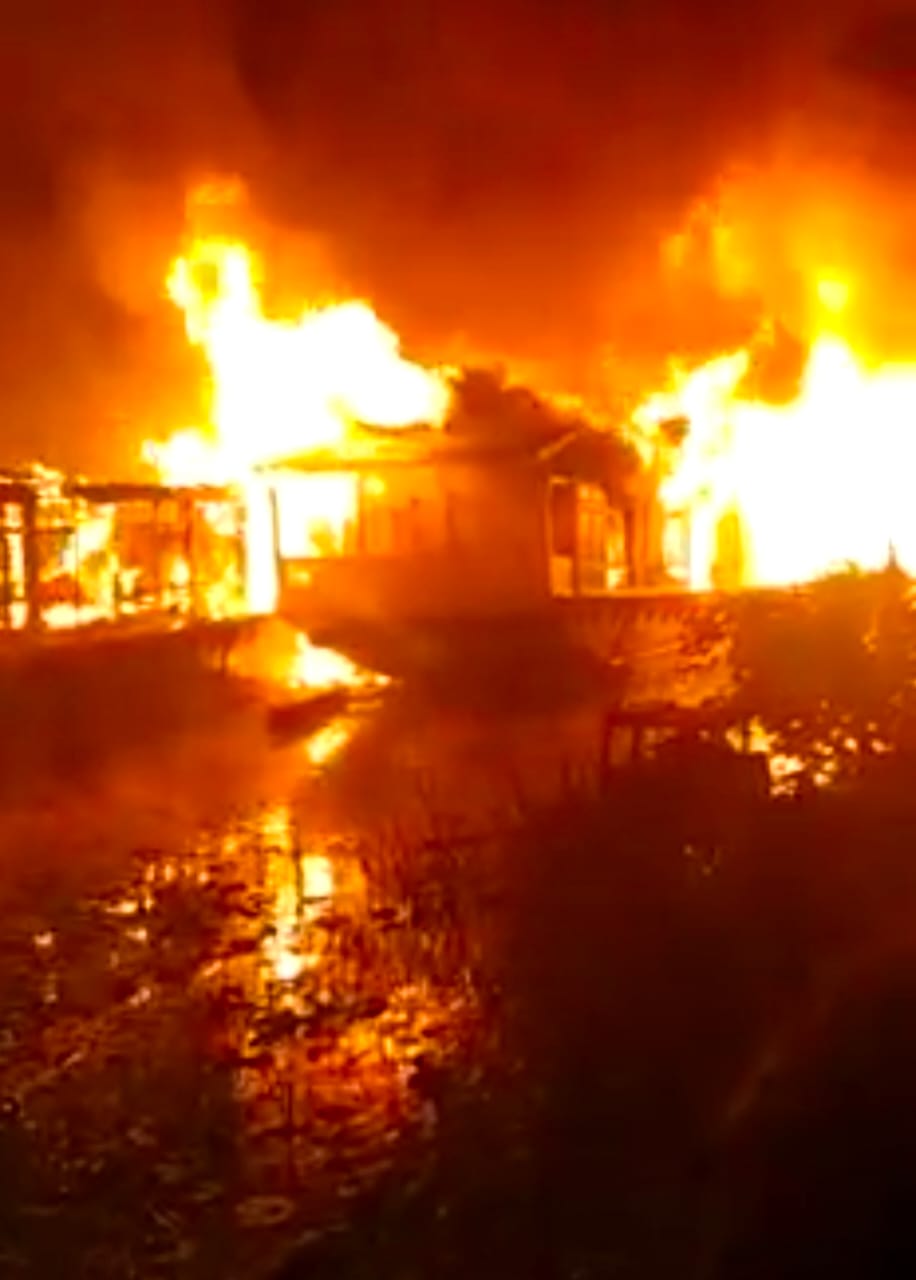 They said fire started from a houseboat and engulfed adjacent ones. Though locals and police launched a firefighting operation, the houseboats were “substantially” gutted before the blaze was finally contained.

An official of the Fire and Emergency department told that six fire tenders were rushed to spot as soon as news about the fire was received at around 2:26 a.m. He said fire was towards Nigeen Club of the lake. While there were no reports about injury to anyone in the incident, the loss as per locals was colossal.

“The fire started from one houseboat at around 2 a.m. and then spread to others,” said Raj Mohammad, whose houseboat was also gutted in the devastating fire. “I have lost everything. I, along with my wife, used to put in this houseboat. This was my source of livelihood. I am now shelter-less and have nowhere to go. I have no support except for Allah,” Raj Mohammad said, putting the loss suffered by him to around Rs three crores. “I couldn’t even salvage the gold and other ornaments of my wife.”

Besides seven house boats, three sheds were also gutted in the fire, the officials said. Cause was fire was being ascertained by the police, they added. The houseboats damaged include “Royal paradise, India palace, Jersey, Lily of the world, New Maharaja Palace, Young Swift and Flora.” (GNS)