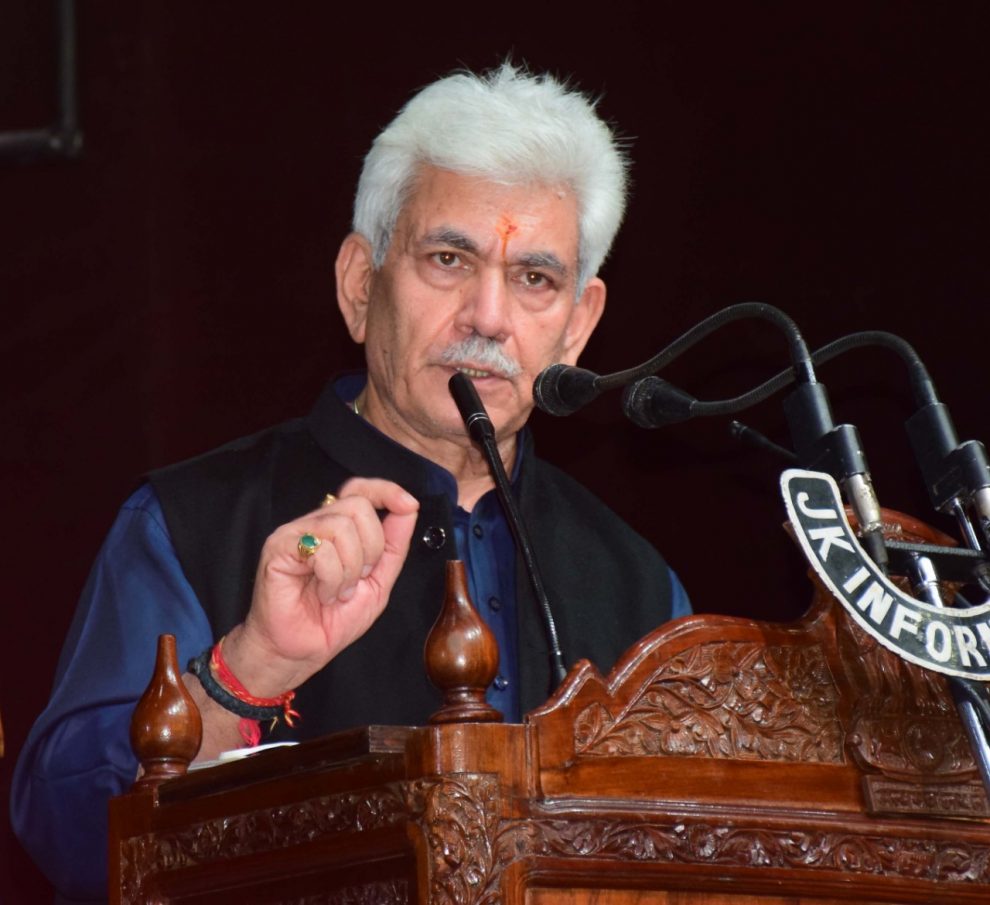 JAMMU: Jammu and Kashmir’s Lieutenant Governor Manoj Sinha Monday said that in the past many decades no serious effort was made to prevent power losses with a result the UT continues to face huge Transmission and Distribution (T&D) losses to the tune of Rs 3400 Crore a year.

He also announced that Jammu areas getting electricity from four feeders comprising 6603 houses having smart meters installed will get an uninterrupted power supply. Addressing a function in Jammu, LG Sinha said that J&K’s power losses are huge. “Power theft and losses due to the T&K are very high. We buy power worth Rs 6000 Cr annually; get only Rs 2600 Cr revenue while our loss figure is Rs 3400 Crore,” LG Sinha said. He said that all previous regimes failed to explore the power potential of J&K and to prevent power losses.

He said the administration led by him is committed to providing quality and uninterrupted power supply to the people who have metered installed in their homes. He said the government has taken a slew of measures in the past one-and-a-half years to prevent huge power losses caused by power theft and T&D losses.

“In Kashmir, we are going to install smart metered to prevent power losses and power theft. We are aware and people are ready to install metered and to pay power bills,” LG Sinha said—(KNO)