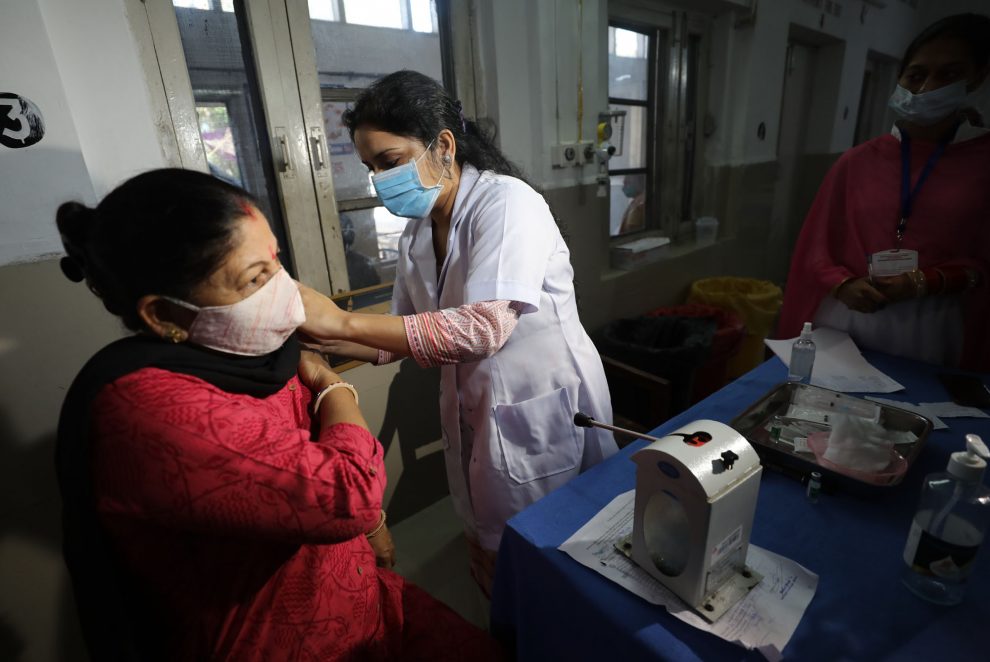 The Dispatch Staff
Add Comment
However, the Kashmir province is far behind from Jammu province in terms of vaccination.

Jammu: In a huge achievement for J&K, record 61.03% population of the Union Territory has been vaccinated for COVID-19 which is almost double the national average of 32.17%. However, the Kashmir province is far behind from Jammu province in terms of vaccination.
Official sources said that as on May 15, J&K has done better than several States and Union Territories of the country in terms of COVID vaccination and has even surpassed the national average. They said “the UT has achieved vaccination coverage of 61.03 % against the national average of 32.17 % but when we compare the vaccination coverage of the two divisions of the UT, Kashmir stands no where although the vaccines were distributed equally among both the divisions and the vaccination drive was started at the same time.
Sources informed that the Union Territory has received 38,73,360 doses of Covishield and Covaxin since January 16 this year and out of these vaccine doses, 19,02,220 were given to Kashmir Division and 19,71,140 to Jammu Division. They said as on May 15, the Kashmir Division has clocked only 35.52 % coverage of the priority group while Jammu Division has achieved 98.48 % vaccination, which is more than double the vaccination achieved by Kashmir.
They disclosed that the Jammu district achieved highest vaccination coverage between April 1 to May 15 by vaccinating 3,80,014 people including Health Care Workers (HCWs), Front Line Workers (FLWs) and 45+ citizens while during this time, only 1,30,411 received vaccination jab in Srinagar district.
In Kashmir, Baramulla district achieved highest vaccination coverage of 1,58,128. Even, Budgam district outperformed Srinagar district by vaccinating a total population of 1,32,798. However, the least performing districts in the UT are from Jammu Division– Kishtwar district with mere 38,936 vaccination coverage and Doda district with 50,187. In Kashmir, Kupwara district registered least vaccination coverage of 59,767.
Anantnag district recorded vaccination of 1,21,553 people, Ganderbal 71,639, Kulgam 71,265, Pulwama 77,013, Shopian 60,535, while Kathua district registered vaccination of 1,10710, Udhampur 1,00,242, Rajouri, 80,460, Samba 76,904, Reasi 53,110, Ramban 59,187, and Poonch recorded vaccination of 67,901 people from April 1 to May 15.
Thus, sources said, many districts in Kashmir Division did fairly well in vaccination drive from April 1 to May 15 but before the onset of 2nd wave of the pandemic i.e. January 16 to March 31, the vaccination coverage was very less in districts of Kashmir as people were reluctant to get themselves vaccinated.