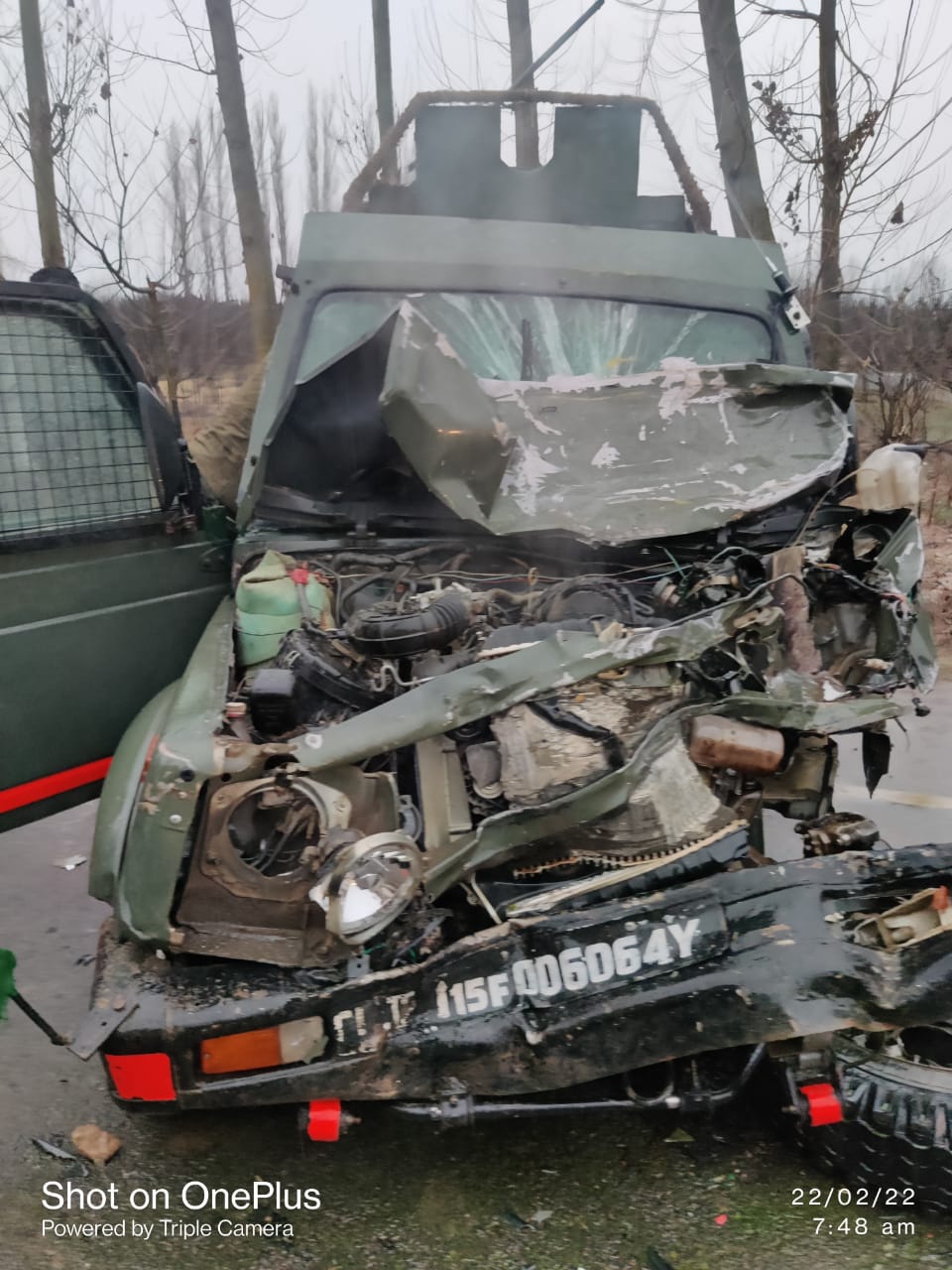 SRINAGAR: At least 24 persons, including six army soldiers and two tourists were injured in four separate accidents in Kashmir Valley on Tuesday.

The injured have been identified as Dharmender Singh, Muttu Kumar, Puneetkar, Taranjit Singh, Mandeep Singh and Taminder Singh. A police official told that a case has been registered and further investigations were taken up.

Eight persons were injured after a vehicle they were travelling in skidded off the road at Laganbal Pahalgam near Hotel Kulhai Glacier in south Kashmir’s Anantnag district.

Reports said that a Tavera vehicle (JK018A-0320) fell into a gorge after skidding off the road while coming from Anantnag to Pahalgam, resulting in injuries to eight persons. The Injured persons reffered to PHC Pahalgam where doctors reffered them to GMC Anantnag for specialized treatment.

Confirming the incident, a police official said that a case has been registered in this regard.

Meanwhile, two accidents happened near Galander bridge Pampore and Pattan Baramulla in which five persons each were injured. At Pampore, there was an accident between santro car (JK01M-2803) and Tavera (JK13B-2024) resulting in injuries to five persons and were admitted to the hospital.

At the Ranji area of Pattan, there was a head-on collision between two vehicles, leading to the injuries to five persons. (GNS)

Delimitation Commission: Panel gets 2-months extension, exercise to be conducted by or before May 5
Lt Governor reviews progress towards financial inclusion by banks in J&K
Comment