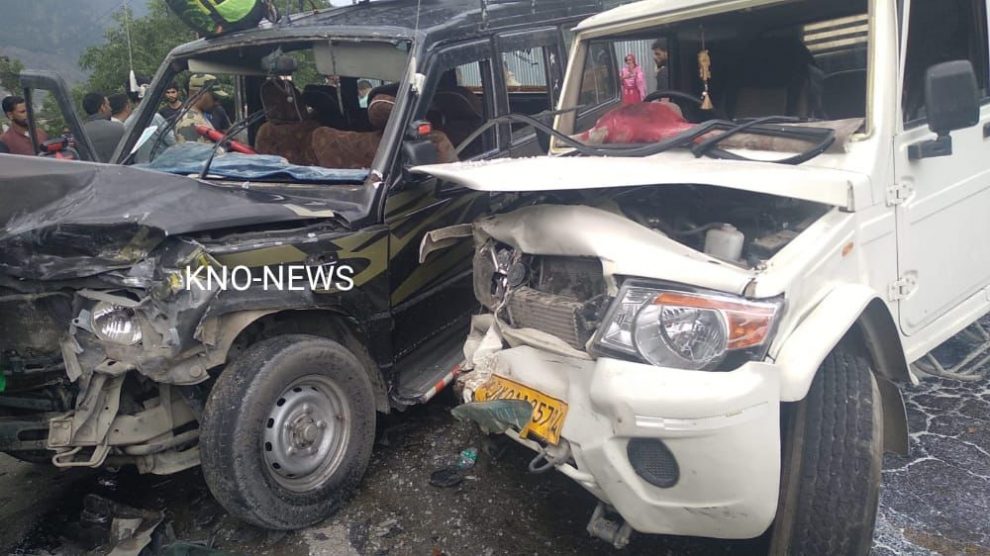 SRINAGAR: At least six persons were injured in a road accident that took place in Haknar Gund area of Ganderbal district on Saturday, officials said here.

An official told the news agency—Kashmir News Observer (KNO) that the acident took place when two vehicles collided head on, resulting in knjures to six persons

The official said that all the injured were brought at PHC Gund, where from Raju Kumar and Khursheed were refered to SDH Kangan and Bone and Joint hospital Srinagar respectively.

Meanwhile, a police official said that case has been registered in this regard and further investigation has been taken up—(KNO)

Government is committed to ensure economic and social justice for all the citizens: LG Sinha
Two OGWs booked under PSA in Doda: Police
Comment