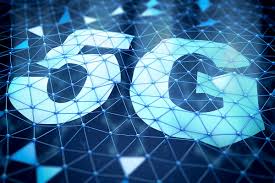 Security concerns over the technology, between the US and China, are likely to stay as in the US, there is bipartisan approval in restricting companies with ties to the CCP. Under the Biden-administration, any drastic change in policy towards the state-supported Chinese companies is unlikely to happen. The only change possible could be less aggressive verbal remarks in China. Additionally, countries across the world may continue to restrict Chinese tech companies.

This commentary maps the major events of the US-China “tech-war” in 2020, draws four major trends, and forecasts what might happen in 2021.

What happened?
US-China competition in the tech domain grew deeper in 2020. Several companies were blacklisted, and supply chains were disrupted. Huawei came in highlight soon after the US singled out it as a threat to the national security. In May 2020, the Trump administration issued a ‘rule’ to make it difficult for any company, that uses American technology, to buy or sell computer chips to Huawei. Last year the US Commerce Department, added Huawei Technologies Co Ltd and 70 affiliates to the ‘Entity List,’ banning them from buying parts and components from the U.S. companies without the U.S. government approval. Tom Cotton, the senator, said, “Huawei is effectively an intelligence-gathering arm of the Chinese Communist Party whose founder and CEO was an engineer for the People’s Liberation Army”.

Huawei has been banned from 5G network operations in Australia, citing a national security risk. This year, the European Union said that countries could either restrict or exclude high-risk 5G vendors from core networks, instead of the complete ban. In July, the UK government announced a ban on Huawei from Britain’s 5G network and ordered telecoms companies to remove its equipment by 2027. In October the British parliament’s defence committee said, that it had found clear evidence that telecom giant Huawei had colluded with the Chinese state and all Huawei equipment needs to be removed earlier than planned. In September, Germany planned for an outright ban on Huawei.

The Trump administration has accused China of intellectual-property theft, illegal corporate subsidies, and violations of the US sanctions. Later this year, the federal government also announced a $1.9 billion fund to American telecom to remove any Huawei and ZTE equipment in the telecom network.

TikTok, an international version of Douyin was originally released in the Chinese market in September 2016. Later, after merging with Musical.ly, the app became popular worldwide as the second-most non-gaming downloaded app of 2019.

On 07 July, the Trump administration suggested a ban on TikTok. In August, Trump signed an executive order requiring TikTok to sell all the assets used for its US operations in 90 days. Subsequently, Microsoft announced the possibility of purchasing TikTok’s US operations. TikTok rejected the bid after the Chinese government introduced restrictions on technology transfer.

Later, in September the administration announced its ban on WeChat from US app stores. TikTok proposed a deal – ‘TikTok deal’, in which the social media company would separate from its Chinese parent company Bytedance and become TikTok Global. Oracle and Walmart together will hold a 20 per cent stake in TikTok global. Deborah Hellinger, Oracle spokeswoman, said TikTok’s parent company, ByteDance, submitted its proposal to the US government for approval. The company defined Oracle as a “trusted technology provider”. Negotiations over the deal continue.

The US State federal judge, in December, blocked President Donald Trump’s attempt to ban TikTok. Carl Nichols, Judge of the US District Court said, the Commerce Department “likely overstepped” its use of presidential emergency powers “and acted in an arbitrary and the capricious manner by failing to consider obvious alternatives”.
Many other countries like Indonesia, India, Australia, Japan had banned or scrutinized TikTok in the country.

Four major trends in 2020
POLITICS
The US has consistently blamed Chinese tech companies for posing a national security threat and are taking steps to secure their technology and safeguard it from espionage. The US had claimed that Huawei has ties with the Chinese Communist Party and is a state-directed criminal enterprise. The tech giants, Huawei, access to US chip technology may make the technology susceptible to theft and its involvement in the 5g network may render the network vulnerable to Chines espionage.

Tech partnerships are being politicized. The Trump administration pressurized companies to cut their ties with Huawei. The administration made it impossible for Huawei to buy chips from both American and non-American chip companies including TSMC, the world’s largest chip maker. In a more political move, the US government forced ByteDance to sell TikTok US to an American company. Under pressure, the American firms like Microsoft, one of the early bidders for TikTok, suggested significant changes in, the social media service to “met the highest standards for security, privacy, online safety, and combating disinformation”.

The US-China rivalry in the technology sector resulted in the rise of techno nationalism. China’s rise – ‘so far, so fast’ – has raised concerns in the West and has resulted in policies to decouple from Chinese supply chains, digital platforms, with the intention to cripple China’s technical growth. The US claimed that ties with Chinese tech may jeopardize intelligence sharing and laid pressure on its allies to reduce collaboration with Chinese tech industries. With these repeated accusations, the recent report suggests, Huawei technologies smartphone market might fall by four per cent in 2021.

TECHNOLOGY
After the Trump administration restricted the supply of chips, Beijing identified the need for chip independence. According to China economic weekly, 58000 companies were added to the Chinese chips industry from January to October this year. Chinese chip manufacturing has been dependent on American cutting-edge technologies and software for its AI and supercomputer applications.

The rapid growth of Chinese state support for companies in its 5G sector has put American competitors at a disadvantage. Chinese telecom companies have the first-mover advantage, whereas American tech companies are often unable to offer competitive prices. Chinese institutions and companies have also started looking into 6G the sixth-generation mobile wireless network.

SECURITY
China has been using its advanced technology for surveillance and suppression. In December Washington Post reported, Huawei has tested facial recognition software to identify Uighur Muslims and send automated alerts to security agencies. Urumqi Cloud Computing Centre, one of the world’s most powerful, is used for surveillance and suppression, of the minority population in Xinjiang. Some systems track individuals, analyze behaviour, and try to anticipate a potential crime.

Users across countries have raised concerns about the transparency and reliability of Chinese tech companies. Over the years U.S. companies have accused Huawei of source code internet route, operating system manual, intellectual property theft, and copyright infringement. Also, the US has accused China of spying due to links between Chinese tech companies and the Chinese Communist Party and the Peoples Liberation Army.

SOCIAL
The advancement of the 5G network can contribute to climate change. The 5G network, requires a large amount of equipment to set up the new network infrastructure and will increase the demand for new electronic gadgets. Due to extensive manufacturing needs, the roll of 5G will increase the consumption of energy. This might lead to an increase in the carbon equivalent in the atmosphere.

Incorporating change in the telecom sector as per the global preference posed systematic risks. Internet applications sponsored by the Chinese state may put the information on domestic companies and customer at risk.

Additionally, Chinese social media platforms like TikTok have proven to be unreliable in the case of China’s content critical. The US claims the app curtails free speech and censors’ videos based on events like Tiananmen Square, Falgun Gong, and any protests against Chinese sovereignty. The videos are banned under two categories, “violence” and “visible to self.”

Forecast 2021
During Trump’s presidency, the competition, that had always existed between the United States and China in the field of ‘high technology’ and ‘digital platforms’, had amplified. The tech war has emerged as the centrepiece of the US-China rivalry. The relationship between President Xi Jinping and President-elect Biden over 2021 will be something to be observed.

Security concerns over the technology, between the US and China, are likely to stay as in the US, there is bipartisan approval in restricting companies with ties to the CCP. Under the Biden-administration, any drastic change in policy towards the state-supported Chinese companies is unlikely to happen. The only change possible could be less aggressive verbal remarks in China. Additionally, countries across the world may continue to restrict Chinese tech companies.

The increasing investments and tax benefits by CCP in China’s semiconductor industry may gradually make China less dependent on America’s chip industry. China may also influence its BRI partners to buy products from its tech industry and promote its tech industries.

In the foreseeable future, the geopolitical tensions between US-China might-remain and may even increase with the world still reeling under the coronavirus. The pandemic will invariably play a crucial role in shaping geopolitics and international relations in the years to come. For instance, on the one hand, Western countries are pushing for more investigations into the origins of coronavirus that was first reported in Wuhan, China. On the other hand, China is building its image by inking deals with countries to distribute its vaccines, while the USA’s vaccine campaign under “operation warp speed” is primarily focused on taking care of itself first.

Research Associate with the School of Conflict Studies, NIAS. She can be contacted at [email protected]

Outer Space in 2020: Missions, Privatization, and the Artemis Accords
China and the US in 2020: Year of Continuing Confrontation
Comment