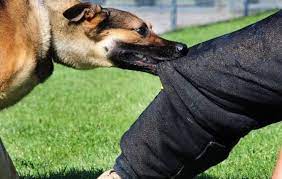 “The data available with the Department of Community Medicines, Government Medical College (GMC) Srinagar, 4149 persons have been bitten by stray dogs in last year,” the data reveals.

SMC Commissioner Athar Aamir Khan said: “SMC started a project to set up multiple dog sterilization centres to control the canine population. As part of a project to take up sterilisation at a large scale, SMC was going to add three more dog sterilization centres, in addition to the existing one at Shuhama. One will be added at Shuhama with SKAUST and another at Tengpora and the location for the third one is yet to be finalised.”

Khan said the only way to control the dog population is sterilization.

“We can’t move dogs from one place to another, which is against the court laws. We have a dog sterilization centre functional at Shuhama with a capacity of 10-15 surgeries per day. With the addition of three more centres, which are part of a new project, we will be able to carry out 240 sterilization surgeries per day,” he said.

“We are working on 100 percent door to door collection of waste in which our own vehicle will come and collect the waste instead of dumping it in collection points in dumpsters. This is one of the measure problems. In the coming days, we are getting 100 new vehicles so that we can reach every place. We are planning to build GTS,s ( GARBAGE TRANSFER STATION ) in the city, in which three are already tendered out and finalising more six stations in the city so that at any point waste should not be stored outside of our houses or on roads. Further, we have identified 29 underground pits with huge capacity in our first phase,” he said.

Around 15 people are falling victim to stray dogs a day. On the other side, the animal rights organizations compelled the authorities to stop the poisoning process to kill stray dogs. Since then the dog population has been on the rise in Kashmir—(KNO)