Though there is no detailed and fully documented history of Kathua district. It is believed that One Jodh Singh a famous Rajput of Andotra clan migrated from HASTINAPUR to KATHUA nearly 2000 years ago and settled here. The three Hamlets of Taraf Tajwal, Taraf Manjali and Taraf Bhajwal were established by his three sons Viz. Teju, Kindal and Bhaju. Their descendent are now called as Tajwalia, Bhajwalia and Khanwalia Rajputs of Andotra sub-caste. The conglomeration of these three hamlets was loosely called “KATHAI” in earlier times which with the passage of time came to be called as KATHUA.

GRREK historians, who provide an insight into the ancient history of JAMMU HILLS prominently record the existence of two powerful empires of Abhisara (Present day POONCH) and KATHAIOI at the time of invasion of India by ALEXANDER, Strabo describes KATHAIOI as a mighty republic of that era located in the foot hills along river RAVI. The topography of KATHAIOI corresponds with the present day KATHUA. Starbo describes the people of the republic as epitone of bravery and courage and records that they gave a tough fight to invading Army of ALEXANDER.

Bani is a small glaciated valley located at a height of 4200 ft in the lap of lofty mountains. Town Bani is flourished along the river ‘SEWA’. Bani experiences temperate and pollar type of climate. Severe winter and moist summer are the main climatice phenomenon of this valley. It is also famous as MINI KASHMIR of Kathua district. It is also base camp of treckers for bhaderwah, chamba etc. Bani is marked by waterfalls, thick forest patches , gushing streams and medows. BANJAL, CHANDEL BHOOND are another famous tourist spots. 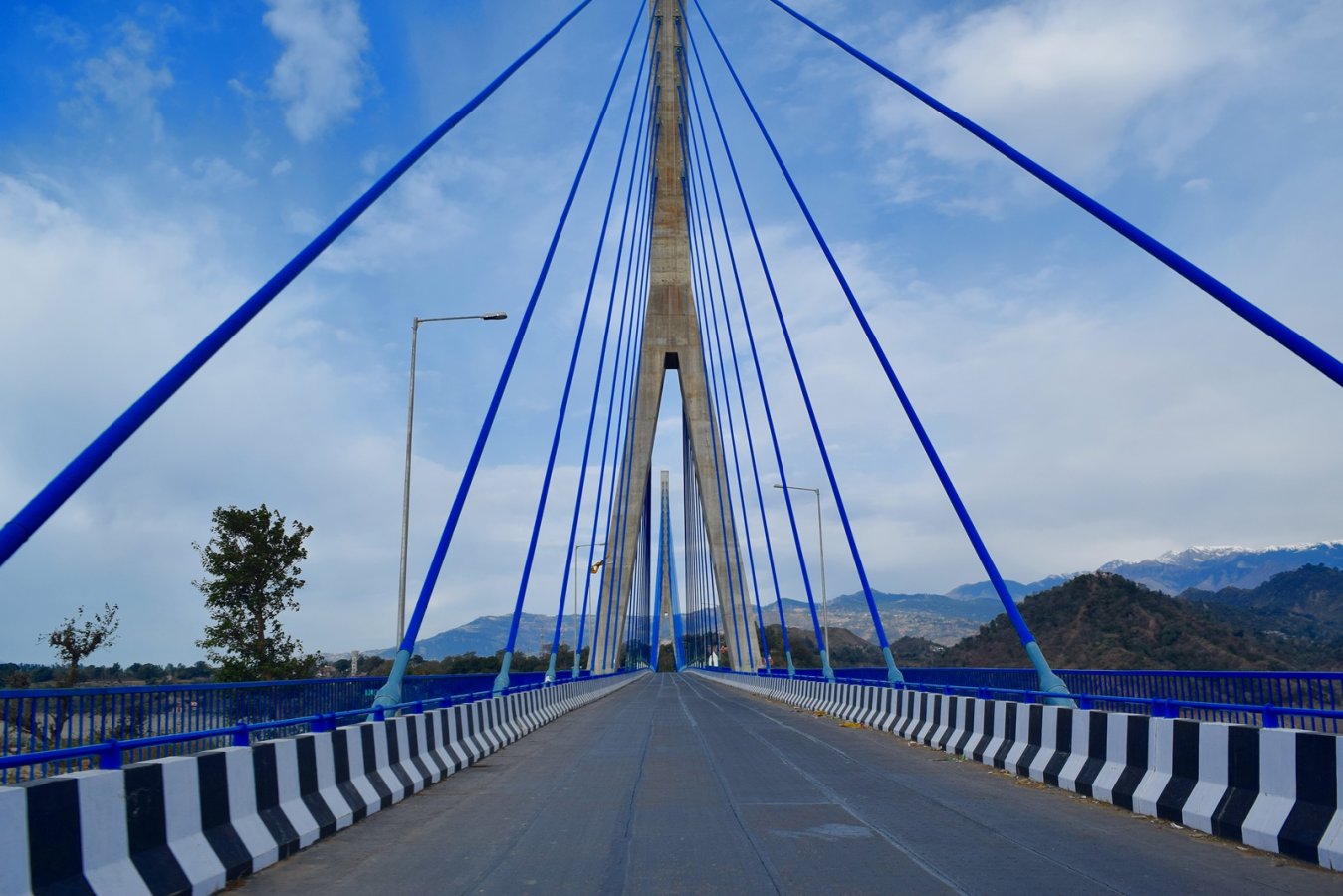 Basohli is a small town and is a Tehsil Headquarter. It is situated on the right bank of River Ravi at an altitude of 1876 ft. It is founded by Raja Bhupat Pal sometimes in 1635. It was known for magnificient places which are now in ruins and miniatures paintings (Basohli Paintings). 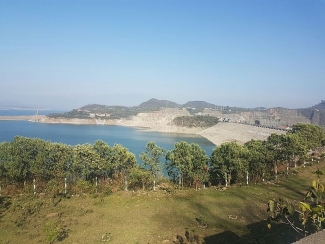 It is new emerging tourist spot in middle Himalayas. It is 27 Kms from Basohli (Tehsil HQ) and 87 Kms from Kathua. It is a ridge blanked with thick CHIR, DEODHAR and SHRUBS. It experiences temperate type of climate. It receives winter rainfall from wetern disturbances and summer rainfall from mansoons. Cold winter and pleasant summer are the main attractinns of this place. Many Tourist Melas are organized by the Tourist Department of J & K Govt to promote tourism in the area. Tourist Huts are also proposed to be constructed.

Billawar is Tehsil HQ. It is also known as BALAUR. Billawar was founded by Raja Bhopat Pal in 1598-1614 and it remained capital of Basohli Rajas. The descendants of the Royal family are known as “BILLAWARIAS”. The town has some ancient monuments. One of these is Mahabilvakeshwar Temple, one of the most revered Shiva temples of the area. It was known as Hari Hara Temple. The Billawar Town is situated on the Bank of NAAZ and BHINNI Nallahs. According to one belief, Pandavas visited Billawar in the last year of their exile and were attracted by “BILL” trees in which Billawar abounds. The Temple MAHABILVAKESHWAR was built where Pandavas had worshipped. The Name BILL lateron turned into BILLAWAR. In Billawar there is a an ancient Hanuman’s statue built on a rock in the river Naaz.According to Dr Sukhdev Singh Charak, Billawar-Bashli was one of the three parent/ original states of the DUGGAR Group alongwith Jammu and Poonch. It is situated at a height of 5000 ft. It is a beautiful Hill Station. It is a ridge blanked with thick CHIR, DEODHAR and SHRUBS. It experiences temperate type of climate. It receives winter rainfall from wetern disturbances and summer rainfall from mansoons. Cold winter and pleasant summer are the main attractinns of this place The water of this place can be compared with that of Cheshma Sahi (Kashmir). It is 30 Kms from Billawar (Tehsil HQ). Regular bus service plies from Billawar. 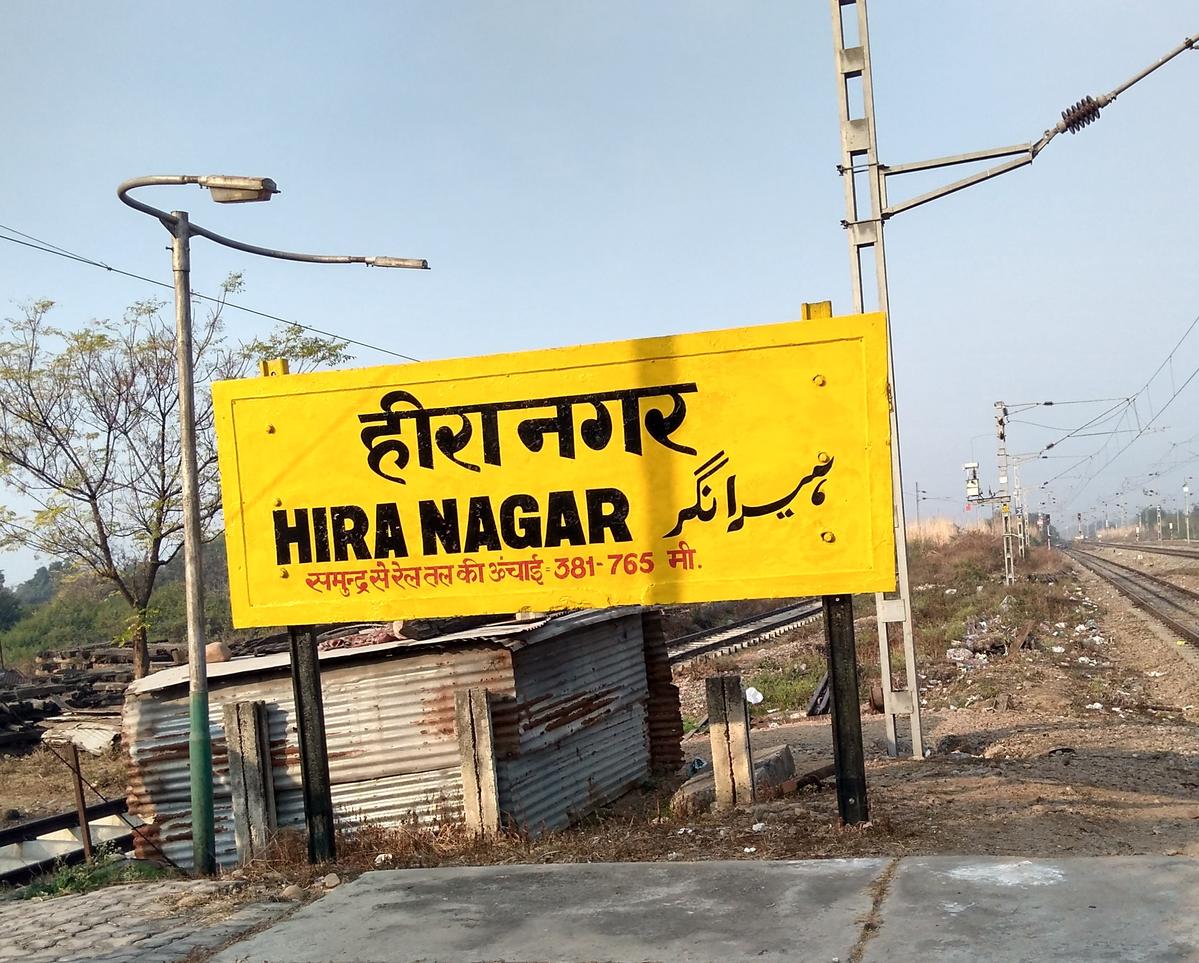 HIRANAGAR is a Tehsil HQ. Raja Hari Singh is believed to have founded Hiranagar Town after his name when he was bestowed with the Jagir of Jasrota by Maharaja Ranjit Singh of Punjab (1834-44 AD). He also renovated the Jasmergarh Fort situated between Tarnah and Bein Nallahs. The fort also housed Tehsil and Other Govt Offices till they were shifted to Hiranagar after 1947. The town has a fast Developing Industrial Estate and a Modern Industrial Training Institute.

Narsingh (The Narshima), the reincarnation of Bhagwan Vishnu in his unified form of Lion and Man has been artistically idolized in a temple at Ghagwal. This is an anicient temple built in 1600 years back. The DARSHNIK three Idols here are NARSINGH-AVTAAR, NARSINGH-ROOP and ANNPURANA which are located (together) at Narsingh Temple, Ghagwal in INDIA only. There is also JINDA SAMADHI of BAWA NAR-HARI DASS Ji Maharaj. Narsingh Temple Ghagwal is MAHA MANDLESHWAR GADDI which is known as SH AMARNATH JAMMU-KASHMIR NAGAR KHALSA. In every KUMBH MELA at NASIK, HARIDWAr, UJJAIN, PRAYAGRAJ (Illahabad), SH AMARNATH JAMMU KASHMIR NAGAR KHALSA is Installed, in which thousands of Sadhus and other public used to stay for more than one month. Ghagwal is located on Jammu-Pathankote National Highway, 35 Kms from kathua. Regular Bus service plies from Kathua, jammu, samba, udhampur, pathankote. A small Railway Station is also in the Ghagwal Town.

Narsingh Ji Temple is most popular and rare temple of its type with a huge water pond near it.The Idoal of “MAA ANNPURNA” is also there in her unified form. Daily more than 200 hundred people/Sadhus take Breakfast/Lunch/Dinner in the temple. It is an old belief that due to “MAA ANNPURN’s” Blessing, ANN shortage have never occurred there. Fairs are held on Janamasthmi and Makarsakranti & RathaKhara (December 26-27tth of every year). During the fairs, people from hilly areas organize sails of their woolen products including blankets and handicrafts etc. The Mehant of this Temple is “Mehant Sh Narsingh Dass Ji, MAHAMANDLESHWAR, J&K State”. 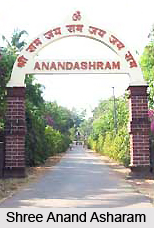