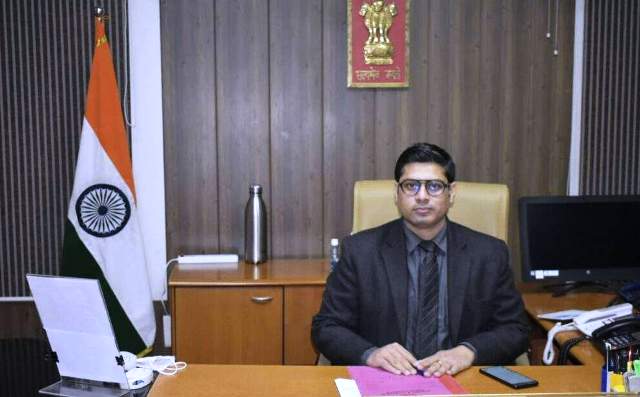 Rajouri: On International Day of Persons with Disabilities, Deputy Commissioner, Vikas Kundal on Saturday said that 53 motorized tricycles have been distributed among specially abled persons this year, and demand for 143 more has been projected to the concerned authorities.

Meanwhile, District Administration, in collaboration with the Social Welfare and Health Departments today organised a mega program to commemorate International Day of Persons with Disabilities. DC Vikas Kundal, inaugurated the event as the chief guest

This year’s theme of International Day of Persons with Disabilities, is “Transformative solutions for inclusive development: the role of innovation in fuelling an accessible and equitable world.

The DC enumerated various measures taken by the government for the welfare of specially abled people, including financial assistance in the form of pensions, free education, free medical treatment, free travel, vocational programmes, and so on, and stated that a large number of people in this category benefit from these measures.

“53 motorized tricycles have been distributed among specially abled persons this year and demand for 143 more has been projected to the concerned authorities”, the DC said.
The DC also stated that ramp facilities for specially abled people have been established at all polling stations so that they can vote without difficulty.

While addressing the event, the Secretary District Legal Services Authority, Wazad Qadri said that special measures are being taken by the Govt to realize the ambition of socio-economic empowerment of such persons.

Highlighting the importance of the day, he said that the day is observed to highlight issues that affect people with disabilities and to champion their well-being, their dignity and fundamental rights.

District Social Welfare Officer, Wakeel Ahmed Bhatt, while speaking at the event, highlighted a number of initiatives taken by the Govt for the welfare of the specially abled persons and urged them to avail the benefits of the same.
Later, the DC also distributed four wheelchairs, 10 walking sticks, 40 disability certificates and 3 hearing aids among the specially abled persons.