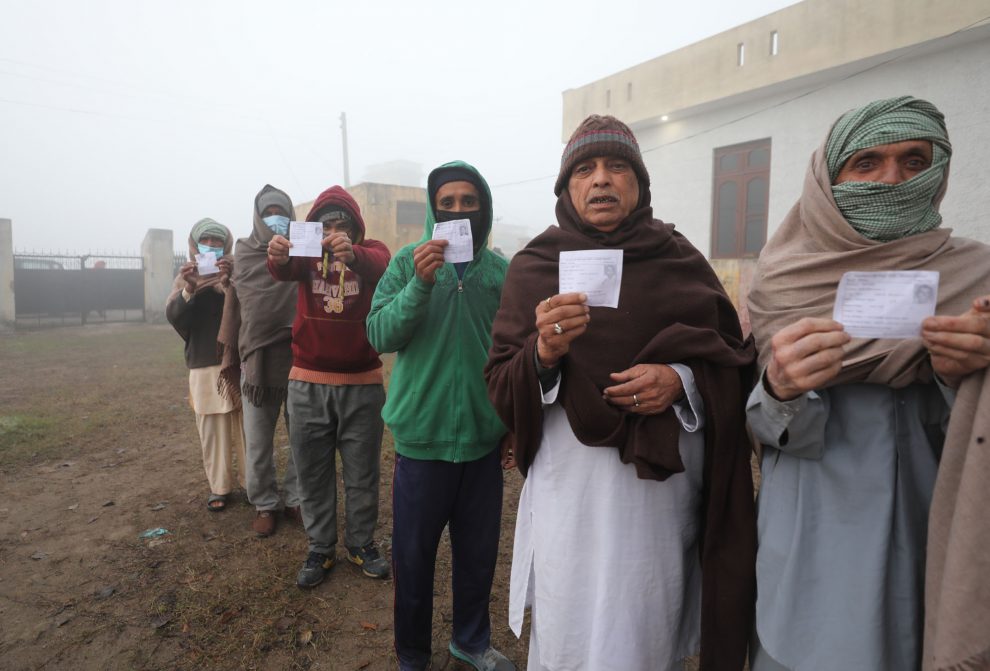 Srinagar: State Election Commissioner (SEC) K K Sharma Saturday said that the eighth phase, which was the last phase of DDC Polls in J&K, recorded 51 percent voting while no law and order incident was reported anywhere in the UT.

Addressing the presser in Srinagar, Sharma said that the last phase was smooth and successful while no law and order incident was reported anywhere. “Today, we recorded 50.98 percent voting for the phase 8, the last phase of DDC polls. With this phase, all eight phases have concluded. In today’s polling, Jammu recorded 72.71 percent voting while Kashmir registered 29.91 percent polling,” Sharma said as per news agency—Kashmir News Observer (KNO).

He said that DDC polls was a big process that concluded successfully and that the police and Central forces deserve special praises for ensuring smooth, free and fair elections