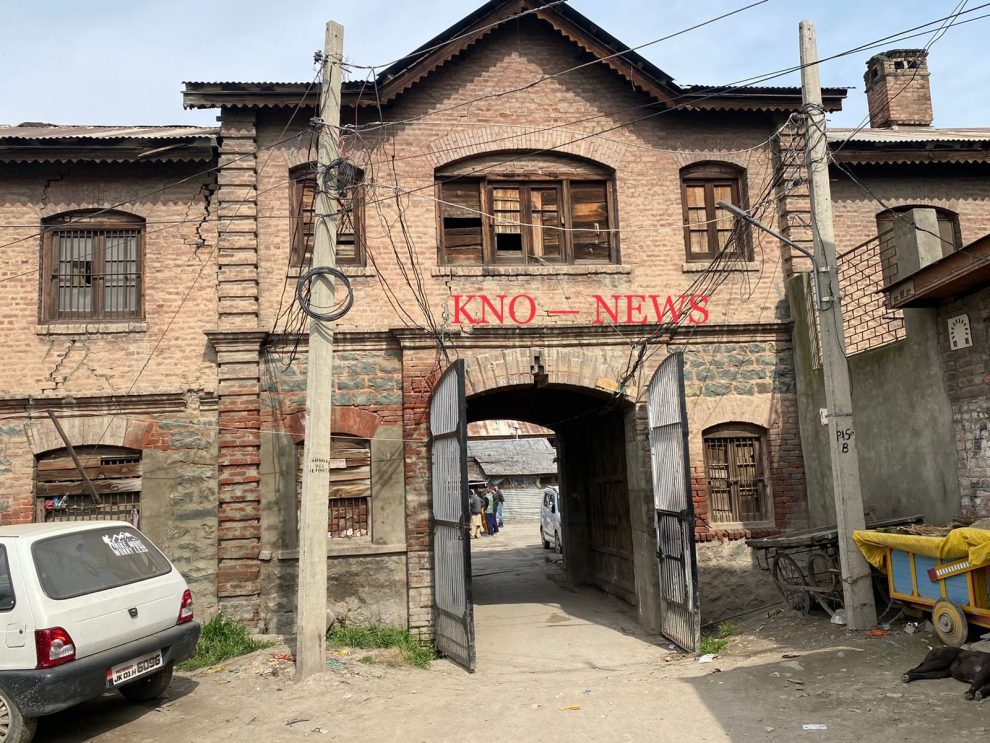 Admin should look into our hardships, say dwellers; Div Com says building unsafe, lease granted has expired, those having grievances should approach officials for redressal

SRINAGAR: The administration in Kashmir has asked at least 50 families who are living in Yarkandi Saria at Safa Kadal in Srinagar to vacate the building within seven days.

The dwellers on the other hand have urged authorities to make some alternative for the families living there.

As per the notice issued by Executive Magistrate 1st Class, Tehsildar South Srinagar, the families are living there illegally and that if they don’t vacate from the Sarai within set time frame, legal action would be initiated against them as warranted under the law.

Abdul Rashid, an elderly person, presently living at Sarai said that it has been almost 66 years that their families are living here.

“At present 50 families living here would become homeless if we are forced to vacate the building ,” he said. “If the government needs this building for some other purpose, the authorities should make some alternative arrangements for the families,” he added.

Meanwhile, Divisional Commissioner, Kashmir, P K Pole told that the building has been declared unsafe while the lease granted to them for 12 years have also come to an end.

He added that after serving notice if the families have some queries or want the support from administration, they should turn up with their grievances, which would be looked into—(KNO)

Accused involved in killing of CRPF man arrested along with OGW, both were working on behest LeT commander: SSP Shopian
Petitioner moves to SC, seeks early hearing of petitions challenging abrogation of Article 370 in J&K
Comment