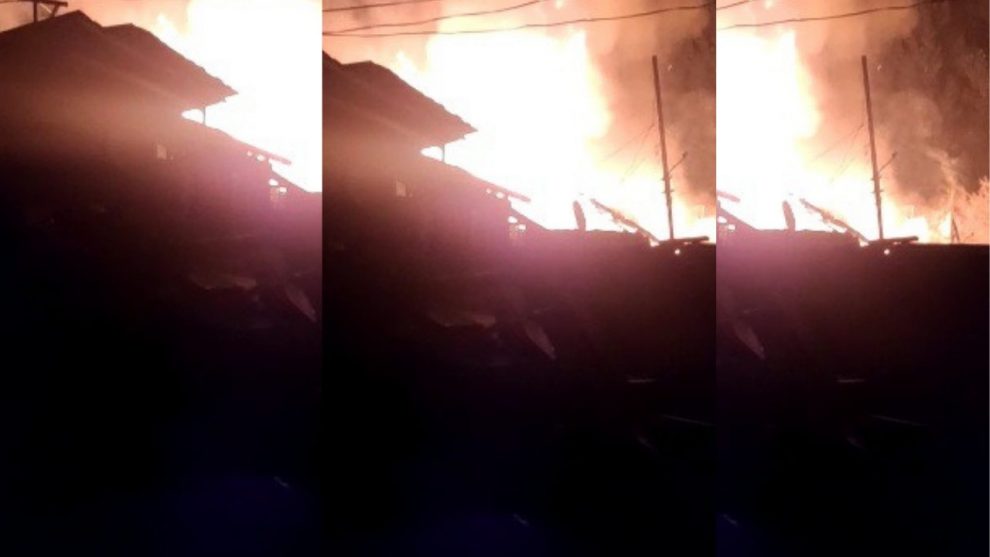 SRINAGAR: Five residential houses and two sheds were damaged in a massive fire that erupted in a congested area of Palpora locality of Noorbagh in Srinagar late last night.

Official sources told that fire broke out from a single—storey residential house in Pamposh Colony of Palpora on the intervening night of Monday and Tuesday.

They said that fire tenders were rushed to the spot to douse off the flames, however, the fire had spread to nearby structures before it was brought under control. “Five residential houses and two sheds were damaged in the incident, however, no loss of life or injury was reported in the incident, while the cause of the fire was being ascertained,” they said—(KNO)