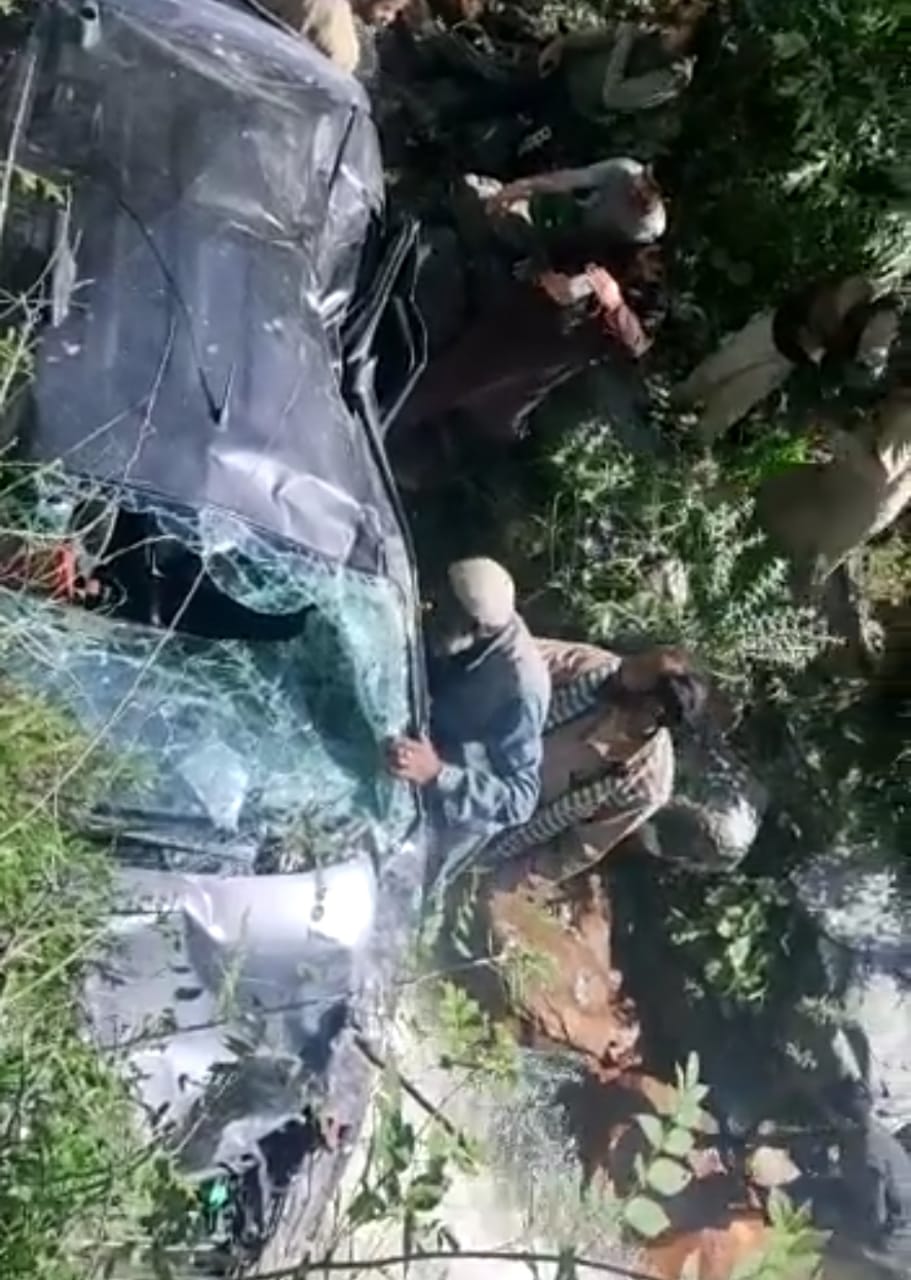 URI: At least five persons were injured after a vehicle they were on board, skidded off the road and fell into a deep gorge in the Zamboorpatan village of Uri in north Kashmir’s Baramulla district on Thursday morning.

Reports said that the vehicle – Expresso – bearing registration number JK-05J 3012, carrying passengers was on its way towards Uri town when the incident occurred. In the incident, five persons suffered injuries.

The injured persons identified as driver of the vehicle Mohammad Ismail Taas and passengers as Bader-ud-Din Taas, Mohammad Rafiq Bajad, Jameel Ahmad Bajad, Khadim Hussain and Gulsahan Bano, were immediately removed to Mohura from where all of them have been referred to GMC Baramulla for advanced treatment.

A police official confirming the incident that all the five persons injured have been taken to the hospital for treatment. (GNS)