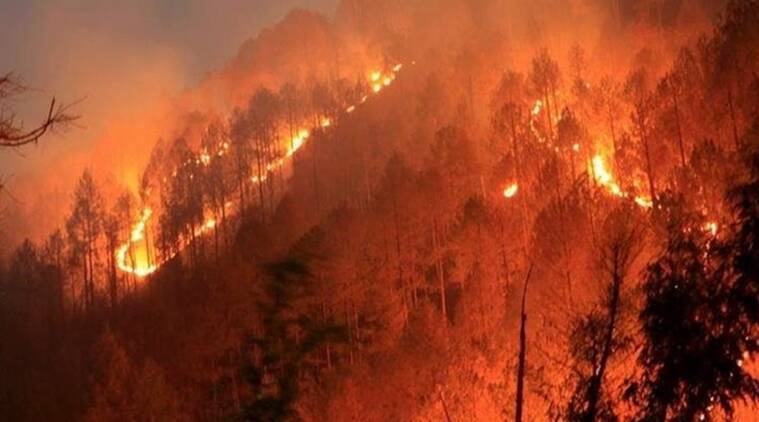 Srinagar, Feb 17: As many as 4578 incidents of forest fire have been reported in Jammu & Kashmir in the past one decade.

“In J&K, 4578 forest fire incidents have been reported during last ten years, and on an annual average, a total area of 1273 hectare has been impacted,” official documents in possession of news agency— reveal.

However, the documents further reveal, that no major loss of forest property has been reported in J&K as most of the forest fires have been creeping and ground fires and have affected only the ground vegetation like shrubs, grasses or natural vegetation.

It is worthwhile to mention that as per India State of Forest Report, 2019, about 97 % of forest area in J&K falls in ‘’less fire prone’’ class only about 3 % falls in “moderately fire prone” class.

The documents further state that J&K authorities propose to create/ maintain 171.27 kilometres fire line in vulnerable areas to control the spread of forest fires, besides engagement of seasonal fire watchers. “Fire control rooms are established to deal with the emergency situations,” the document states