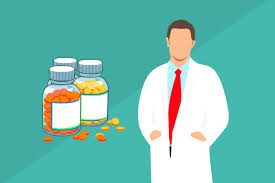 SRINAGAR: Around 41 candidates have been shown the door on the pretext of “no vacancies are available” after being selected as junior pharmacists in the Health and Medical Education Department.

The aggrieved candidates said despite that selection list published in 2018, they are still waiting for the appointment letters and have been moving from pillar to post to get their issue resolved.

The candidates said that J&K Service Selection Board (SSB) in 2015 invited applications from eligible candidates for selection of 41 posts of junior pharmacists in the Health and Medical Education Department.

The candidates having science subject in 10+2 and diploma in Pharmacy as per the requirement submitted the application form and subsequently selection process was started and after conducting written and viva test, provisional selection list was issued in December 2017, they said.

They added that the final list was also published in 2018 and SSB recommended the Principal Secretary Health and Medical Education to appoint the selected candidates.

They further added that the Principal Secretary wrote to the Director Health to issue formal appointment orders in favour of the selected candidates, “however, since then we have been waiting for appointment orders but we are yet to get it.”

In 2019, the candidates contacted the Governor’s Grievance Cell.

“In its response, the concerned department said that they have asked selected candidates to submit original documents and their verification is going on and once formalities will be completed, the former order of appointment shall be issued,” they said.

The candidates said that after no positive response on the ground, they again approached the Governor’s Grievance cell.

“However, in response to our second communication, the department made a u-turn on the issue and said that junior pharmacists’ posts were referred to SSB under fast track recruitment process. But actually, no such posts were vacant in the department,” they said.

“The Under Secretary to the government in Health and Medical Education wrote to Secretary SSB to withdraw its recommendation regarding the selected junior pharmacists and the department is not in a position to accept the recommendation due to non-availability of posts,” the candidates said.

Candidates alleged that the department has played with their career as some after getting selected had left their jobs and now even some have crossed the upper age limit.

“We request LG to look into the matter and take action against the erring officials whose trickery have jeopardized our career and snatched everything from us,” the candidates said. A top health official said that the matter is now sub- judice and let justice prevail.

Jobs to Salahuddin’s sons were ‘favours’, not based on merits: Sinha
Pulwama Encounter: One foreigner among 3 LeT militants killed, two AK-47 riffles, one pistol recovered
Comment