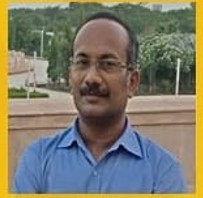 SMVDU Organizes a month-long Yoga Sessions under “Yoga Mahotsav”
Exactly what is a Sugar Option?
Comment