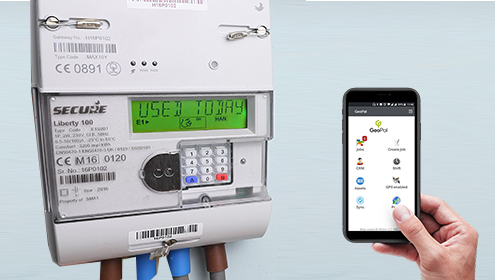 SRINAGAR: Over 40,000 power meters have been installed in the Srinagar district by the Power Development Department(PDD), officials said.

The officials added that the installation of smart meters is set to be completed within a few days. Chief Engineer, Kashmir Power Distribution Corporation Limited (KPDCL), Javid Yousuf Dar said that nearly 60,000 smart meters are to be installed in phase-I.

He said the under smart metering project Srinagar Phase-I, a total of 40,000 meters have been installed so far while the work in 15 feeders is in full swing.

Dar further said that under the phase-I, nearly 58,000 meters are supposed to be installed but the figure would touch 60,000. “At present, the work is going on and phase-I is expected to be completed in the next few days,” he said.

Pertinently, Jammu and Kashmir government had said that it will install 6 lakh smart meters to reduce power losses and pilferages across the Union Territory in a phased manner.

As per the official statement, 6 lakh Smart Pre-paid meters are to be installed (3 lakh each in Jammu & Kashmir Divisions) for preventing human intervention in billing/collection and subsequent reduction in Aggregate Technical and Commercial (AT&C) losses.

Join The Dispatch Whatsapp Group to stay updated
The Dispatch is present across a number of social media platforms. Subscribe to our YouTube channel for exciting videos; join us on Facebook, Intagram and Twitter for quick updates and discussions. We are also available on the Telegram. Follow us on Pinterest for thousands of pictures and graphics. We care to respond to text messages on WhatsApp at 8082480136 [No calls accepted]. To contribute an article or pitch a story idea, write to us at [email protected] |Click to know more about The Dispatch, our standards and policies
TagsTheDispatch Power KPDCL