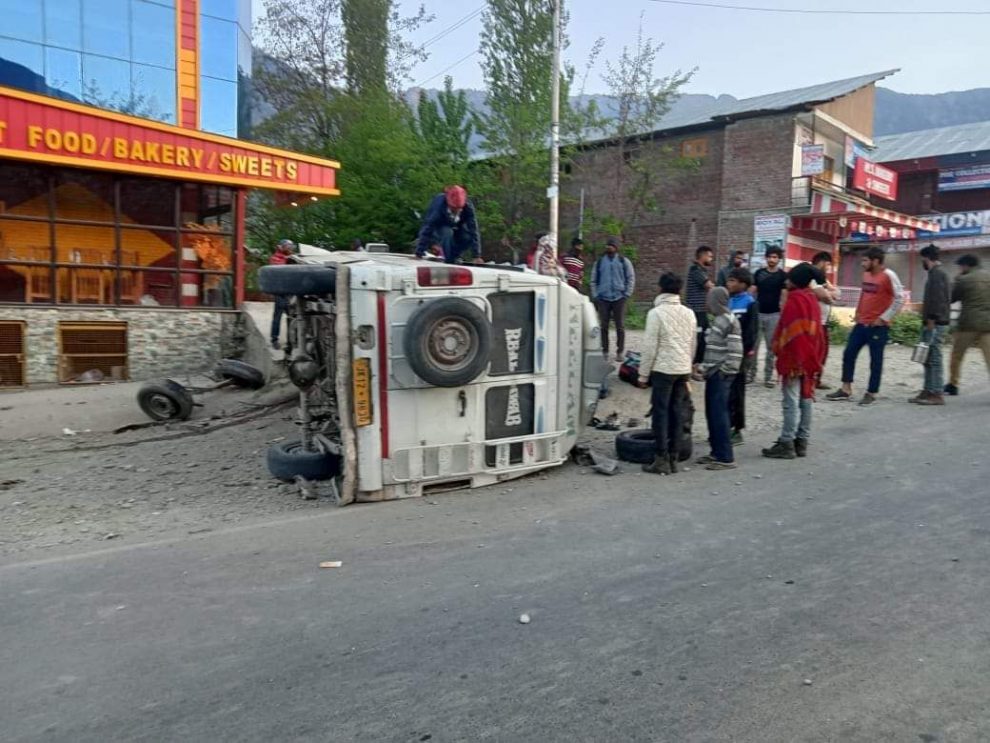 GANDERBAL: At least four tourists were injured on Friday morning when the tempo vehicle they were travelling hit the protection wall and turned turtle at Dursuma area in district Ganderbal, police said.

Official told that 3 injured were discharged while one injured was referred to SKIMS Soura.

All the injured belong to state of Jharkhand—(KNO)