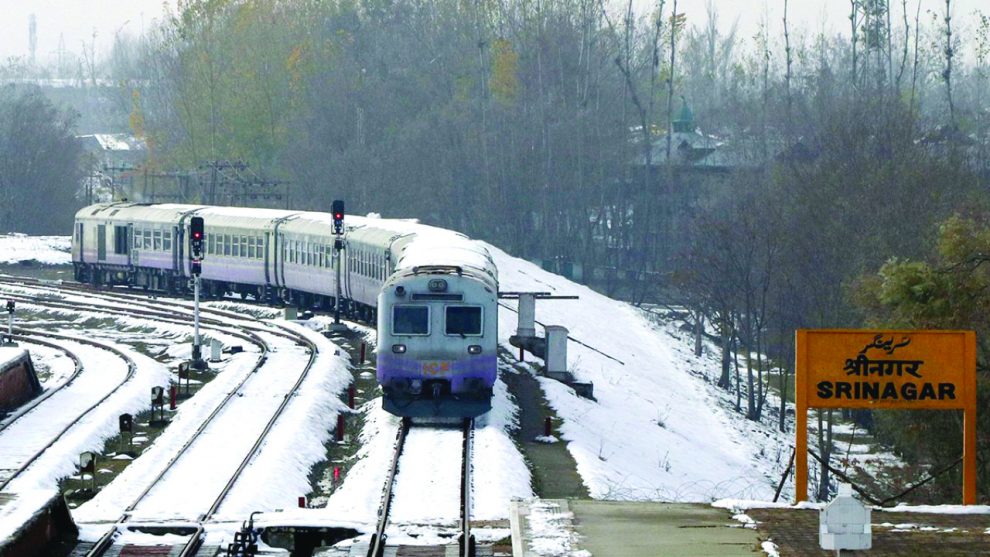 In view of the increased rush of passengers, the Northern Railways is introducing four more trains to its existing fleet between Baramulla and Budgam stations in Kashmir Valley from 1st April.

Chief Area Manager, North Railways, Sakib Yousuf told Rising Kashmir  that the proposal was accepted in view of the rush of passengers during peak hours.

“From 1st April, four more trains will be added,” he said.

Yousuf said the new trains will chug mostly between mornings and evening hours.

“All preparations have been completed and we have already issued a timetable in this regard so that people will get prior information about train timings ,” the CAM said.

Earlier on 22 February, railways resumed its operation after a gap of 11 months following the Coronavirus restrictions.

The 137-kilometer Banihal-Baramulla railway line comprises 17 stations. While as officials claim Kashmir railways has suffered heavy losses over the years due to the prevailing situation.