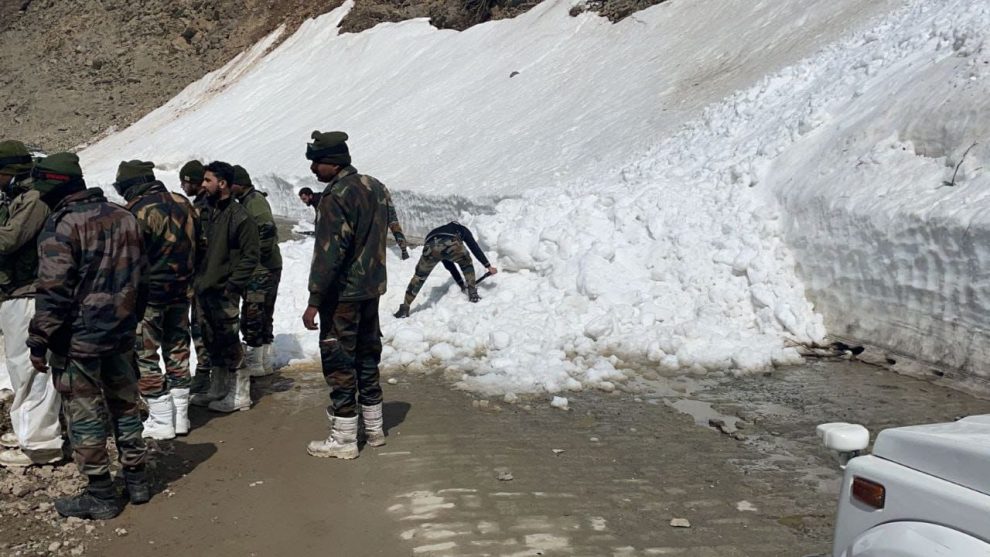 KUPWARA: Four persons were injured while at least eight persons, including four females were rescued on Monday after a vehicle they were travelling in was hit by an avalanche in north Kashmir’s Kupwara district.

Officials told that four among the eight persons have also sustained injuries and were rushed to the hospital.

A Beacon official said that a Sumo bearing registration number JK09-5693 was hit by an avalanche at Sadhna Top in the Tangdhar area of the district.

He said that following the incident, a massive rescue operation was launched by the authorities and rescued all eight persons. Nonetheless, four among them were rescued in injured condition and have been taken to a nearby hospital for treatment. The official further said that the remaining four persons were also rescued safely—(KNO)

New investments to give fillip to J&K’s economic development: Official
MeT forecasts hot and dry weather this week except Mar 23,24 in J&K
Comment