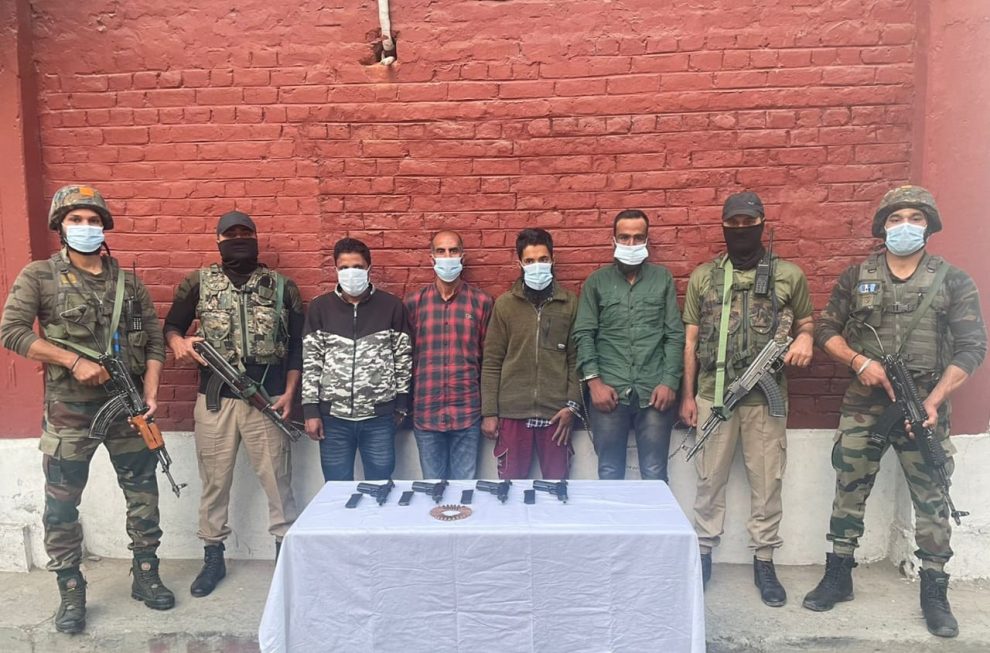 SRINAGAR: Jammu and Kashmir Police on Tuesday claimed to have arrested four hybrid militants of The Resistance Front an offshoot Lashkar-i-Toiba in the Bemina area of Central Kashmir’s Srinagar district.

A senior police officer told that acting swiftly on reliable input four hybrid militants were arrested in the Bemina area, who were planning the attack in Srinagar. All the hybrid militants belong to TRF/LeT, from their possession four pistols and ammunition have been recovered, the officer said.

Meanwhile, police have registered a case in this regard and an investigation has been taken up.(GNS)