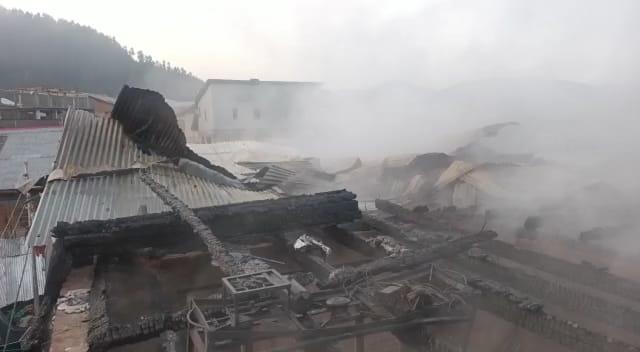 An official of the fire and emergency department told that soon after receiving the information about the blaze, fire engines were rushed to the area. Four houses, one of them three-storey and others two-storey, were damaged in the blaze which was contained after hectic efforts. One personnel of the department, Gulzar Ahmad, was also injured while dousing the flames, the official said. He has been provided treatment, the official added.

A police official told that the cause of fire was not immediately known and the same is being ascertained. (GNS)