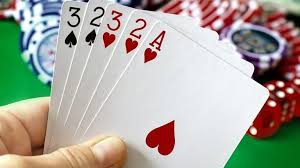 BARAMULLA: The Jammu and Kashmir Police on Sunday said that acting tough against social crimes, they have arrested four gamblers and seized stake money from their possession.

According to the statement, the Officers have seized stake money of ₹ 14,500/- and playing cards from the gamblers. They have been shifted to the police station where they remain in custody.

Accordingly, a case under relevant sections of law has been registered in Police Station Baramulla and further investigation has been initiated, they said.

Persons found indulging in criminal activities shall be dealt with as per law. Community members are requested to share information regarding the crimes in their neighbourhood with the local police units, reads the statement.(GNS)