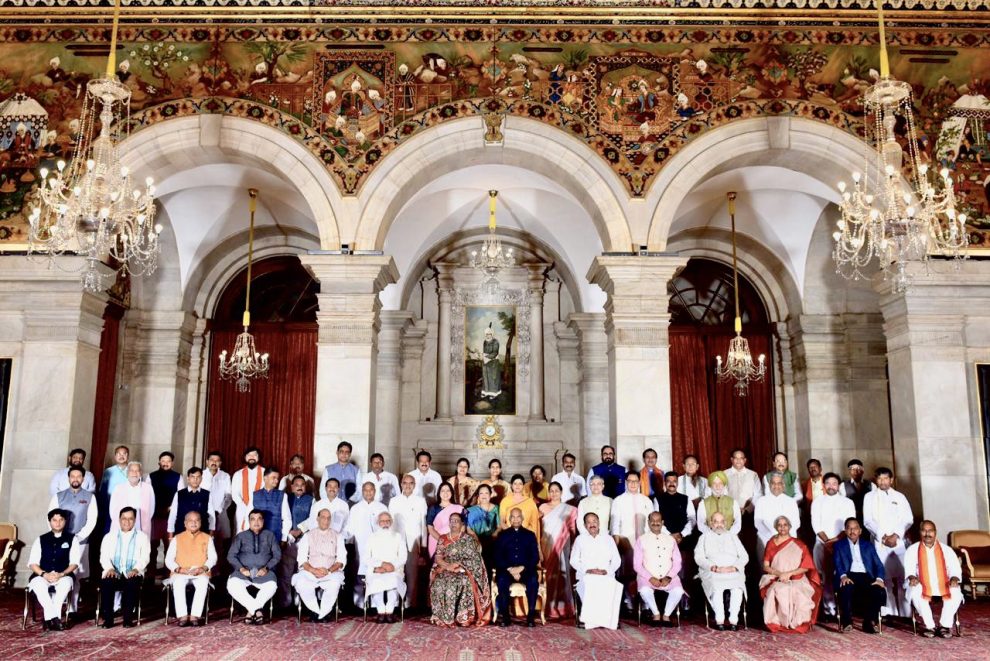 HEENA GAVIT: A young doctor serving in the tribal belt of Maharashtra, Heena Gavit made quite a splash when she defeated Congress leader Manikrao Gavit, then the senior-most parliamentarian, in her maiden attempt in the 2014 Lok Sabha election.

Political observers say the induction of the 34-year-old MP into the Union Council of Ministers on Wednesday was a result of her success in consolidating the party in the tribal belt of north Maharashtra.

In 2019, she was re-elected to Lok Sabha from Nandurbar.

Her father Vijaykumar Gavit was an NCP minister, but quit the party after Heena joined the BJP.

DEVUSINH CHAUHAN: Before taking the plunge into politics, 57-year-old Devusinh Chauhan served as a broadcast engineer with the All India Radio for over 12 years.

A two-term Lok Sabha member from Gujarat, Chauhan belongs to the Thakor-Kshatriya caste, an OBC group which is a crucial vote bank in state politics.

A diploma holder, he worked with the All India Radio from 1989 to 2002 before resigning and joining the BJP.

He was elected to the Gujarat Assembly from the Matar seat in Kheda district in 2007.

Kheda was a Congress stronghold since the formation of Gujarat and the Lok Sabha seat remained with the party, thanks to its heavyweight Dinsha Patel.

Chauhan, then an MLA, was chosen by the BJP to take on Patel, a five-term MP, in 2009. But the BJP leader lost by a wafer-thin margin of 721 votes.

He was reelected as MLA from Matar in 2012, and went on to defeat Dinsha Patel by over two lakh votes in the 2014 Lok Sabha polls. In 2019, he retained the seat by defeating Congress’ Bimal Shah.

Despite being a first-term MP, he is known for taking active part in debates in Parliament.

Fifty-two-year-old Munjapara was made a member of the Standing Committee on Health and Family Welfare on September 13, 2019.

He has also served as a member of the central committee of the Indian Medical Association (IMA) and was its secretary in Surendranagar district in the Saurashtra region of Gujarat.

Patil, who was with the NCP before joining the BJP in 2014, is a former chairman of Thane District Co-operative Bank. He also served as president of Thane zilla parishad.

BHARATI PAWAR: Bharati Pawar (43) is a doctor-turned-politician from Maharashtra’s Nashik district. She was a zilla parishad member from 2012 to 2019. In May 2019, she was elected to the 17th Lok Sabha and has become the Union minister in her first term.

BHAGWAT KARAD: Bhagwat Karad, who was sworn in as a Union minister on Wednesday, has been with the BJP since 1996. He was twice the mayor of Aurangabad in Maharashtra. He came to Aurangabad from Latur district for his medical education and settled there.

Known for his organisational skills, he became a Rajya Sabha member in 2020.