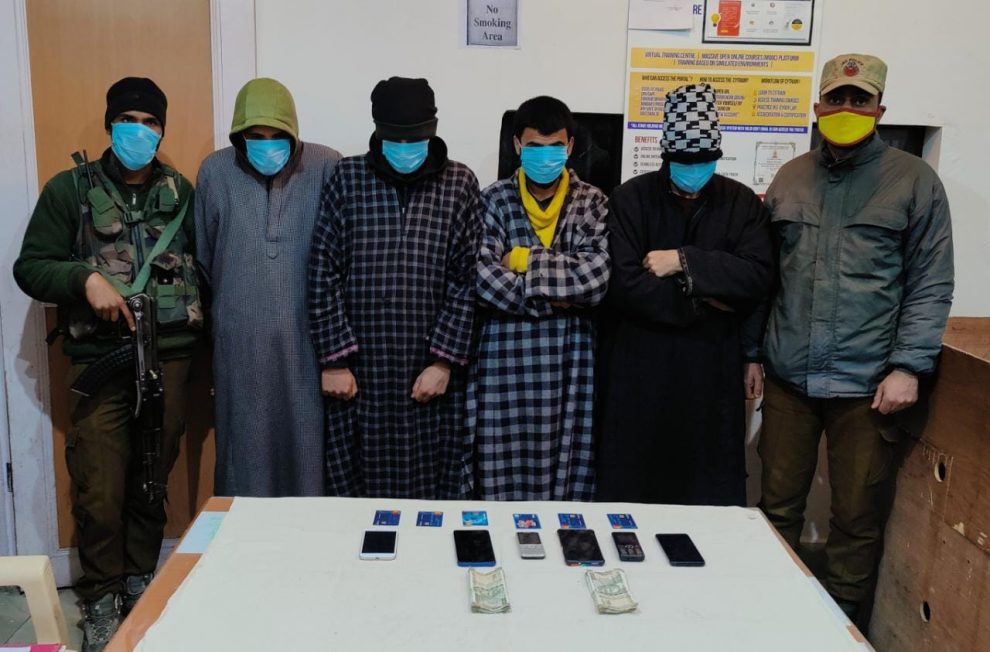 KULGAM: The Jammu and Kashmir Police have arrested four persons after Rs 40000 were withdrawn with deception from the account of an elderly through ATM in south Kashmir last month, officials said on Tuesday.

The police in a statement said, “On 14 February last month, Police station Kulgam received a written complaint from one person stating therein that his old aged father had visited ATM of the main branch J&K Bank Kulgam on February 6 and as his father is unable to utilise his ATM card he handed over it to an unknown person present in the ATM with the request to withdraw cash from his account and shared his PIN”.

“The person withdrawal cash on his request, but with malafide intentions interchanged the ATM cards and thereof used the ATM of the victim and made a withdrawal of a sum of Rs 40000 and carried out few more withdrawals from the account of complainant’s father.”

Taking cognizance of the matter, police said, a case (FIR No. 19/2022) U/S 420,380 IPC was registered and the investigation was taken up. “During the course of investigation, a list of suspects was prepared and during questioning of these suspects investigation was zeroed down to four persons.”

He identified them as Sohail Ahmad Wani of Rangrezpora, Kulgam, (ATM Exchanger), Wasim Ahmad Ganai of Rangrezpora Kulgam, Adnan Ahmad Ahangar of Ziyarat Gali Kulgam and Umar Yaqoob Naik of Khuloora Malwan.” They confessed their involvement in different burglaries/offences and from their possession 06 ATM Cards, 06 mobile phones and a cash of Rs 15000 have been recovered,” police said, adding, “Further investigation of the case is in progress as more arrests and recoveries are expected.” (GNS)