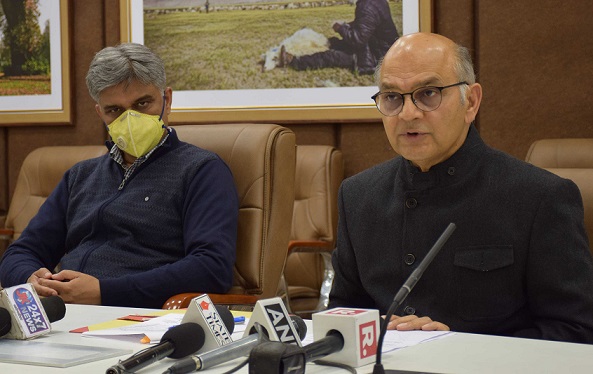 JAMMU, DEC 09:  A total of 37 District Development Council (DDC) constituencies will witness polling in the fifth phase of ongoing polls besides the voting shall be conducted in 58 vacant Sarpanch and 218 vacant Panch seats on December 10, 2020.

Addressing a press conference here, State Election Commissioner, KK Sharma, stated that, of 37 DDC constituencies, voting will be conducted on 17 from Kashmir division and 20 from Jammu division.

SEC further said there are 125 Sarpanch vacancies which have been notified in the 5th phase and out of these 30 have been elected unopposed. There shall be contest in 58 constituencies and 175 candidates including 51 females are in fray.

Similarly, he said that out of the total 1412 Panch vacancies notified in this phase, 218 constituencies will go for elections with 527 candidates including 137 female candidates.

SEC said that all the requisite arrangements for this phase are in place including manpower, election material and security arrangements in all poll going areas. In view of Covid-19 pandemic, adequate arrangements have been put in place to ensure safety of all stake holders including the voters. Sanitizers, thermal scanners and face masks have been arranged at the polling stations to ensure that SOPs issued by the concerned authorities, including wearing face masks and maintaining social distancing are strictly followed at the polling stations.