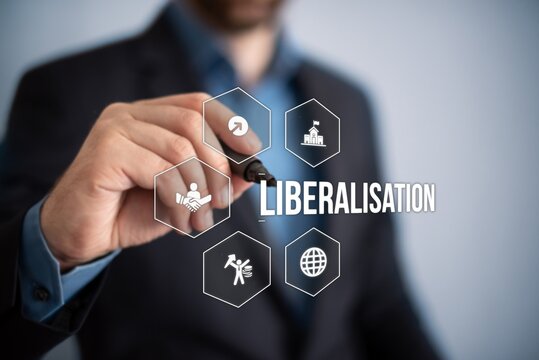 Thirty years and India is still waiting for the dream to turn real. Liberalisation of the economy way back in 1991 is erroneously construed as divesting of government holding of industry and assets. It is still a mystery why partial opening up was considered revolutionary.

It was not a willful decision but corollary as major lenders, International Monetary Fund, World Bank, put a stop to their funding without a firm commitment to “reforms”. The country went through a foreign exchange crisis in late 1980s and 1990s. Precious gold had to be pawned since forex reserves plunged to a level that the country could finance only about 15 days’ of imports.

To strive off the immediate crisis, in July 1991, the Reserve Bank of India pledged 46.91 tonnes of gold with Bank of England and Bank of Japan to raise $400 million to meet international obligations. The process of the new PV Narasimha Rao government followed a breakdown in January 1991, when the Chandra Shekhar government convinced IMF to approve two loans of $ 775 million and $ 1.02 billion under contingency and financing facility.

The reforms that meant losing government assets to the private sector, started with a “bang” instead of putting the private sector at par with the government. The reforms initiated by the then Finance Minister Manmohan Singh, were not a roaring success but a piece of confusing policy that has put the subsequent governments in a quagmire.

While liberalising the society from licence-permit raj was welcomed, the processes were gradually complicated. Changes were made in industrial policy, monopolies law was annulled, import licensing abolished, India joined the WTO, TRIPS, quantitative restrictions on import of manufactured goods and farm products removed and current account convertibility introduced easing the business process and the GST.

But disinvestment of public assets became the cynosure. Every government took pride in selling assets or be seen to do that. Still private sector is suspect in the eyes of the bureaucracy in any field. They are not seen as compatriots but officials continue to try controlling the private.

India is still not free of the socialist mindset and a preference for government control for “sheer concern of people’s welfare”. The “reforms” worked a bit. Poverty ratio in two decades came down officially from 45.3 per cent of the population to 21.9 per cent. But the pandemic has impoverished 80 crore people subsisting on government dole of food grains. Large number of people thrown out of jobs due to lockdown has pushed the middle class to the edge of poverty.

Singh says 1991 was acute. The year 2021 is more acute. Population has risen from 88 crore to 138 crore. The problems have also grown and the country does not find it easy to manage. So it pops up move for population control and does not learn lessons from Chinese failures.

Scams of such magnitude had never happened since Independence. Each divestment deals was also questioned including the innocuous Centaur hotel. While the large private houses acquired these assets with loans from public sector banks, it also opened up an era of high bank losses- Non Performing Assets (NPAs) particularly since the European Lehman meltdown in 2007-08.

The RBI Financial Stability Report (FSR) says despite banks writing off Rs 23786 crore loans in 2019-20, enabling the PSU banks to show lower NPAs, banks could go into a severe stress as it fears NPA may escalate to 16.2 per cent by September 2021 as borrowers are saddled with unpaid dues. The asset quality of banking can deteriorate sharply.

Repeated re-organisation and mergers of banks have not boosted confidence. Now the move to sell four major banks and Life Insurance Corporation are not being seen as happy events. Many buyers might be from the list of 50 major defaulters.

Since 1991, government assets worth Rs 3.63 lakh were divested. During 2014-19, Rs 2.79 lakh crore were disinvested. The target set for 2020-21 is Rs 2.1 lakh crore. Interestingly enough all the money received is adjusted in budgetary expenditure and not known to have been used for building assets. A contrast happened in the 1950s to 70s when the nation took pride in creating assets.

The State governments too have done many disinvestments. But despite that, the country has made certain progress in digital economy though cyber crimes are also on the rise. Union Home Ministry data in Parliament reveal about 1.16 million cyber attacks in 2020 over 20 times rise since 2016. There were 53,117 cases of cyber attack in 2017.

Liberal and digital economy shook the economy with demonetisation in 2016. The cash flow has been severely hit. It has affected sales of goods and commodities as people’s purchasing power collapses delaying the post-pandemic industrial, real estate and market recovery. A scared government is spending less in favour of direct cash benefit. It might lead to years of moderate to slow post-pandemic growth and that means a severe resource crunch. Cardinal failures are the payoffs raising cost upfront and projects postponed. Thirty years since the reforms the power sector is in a mess again and agriculture remains the mainstay of the economy.

Have we made progress? Prime Minister Narendra Modi says his government is working towards a $5 trillion economy. But his former counterpart Manmohan Singh says that the future economic path is tougher than 1991 and there are promises to keep. The country has to recast policies for the next 30 years for the happiness and growth of 1.64 billion people in 2050 and must bite a new “reform” bullet.