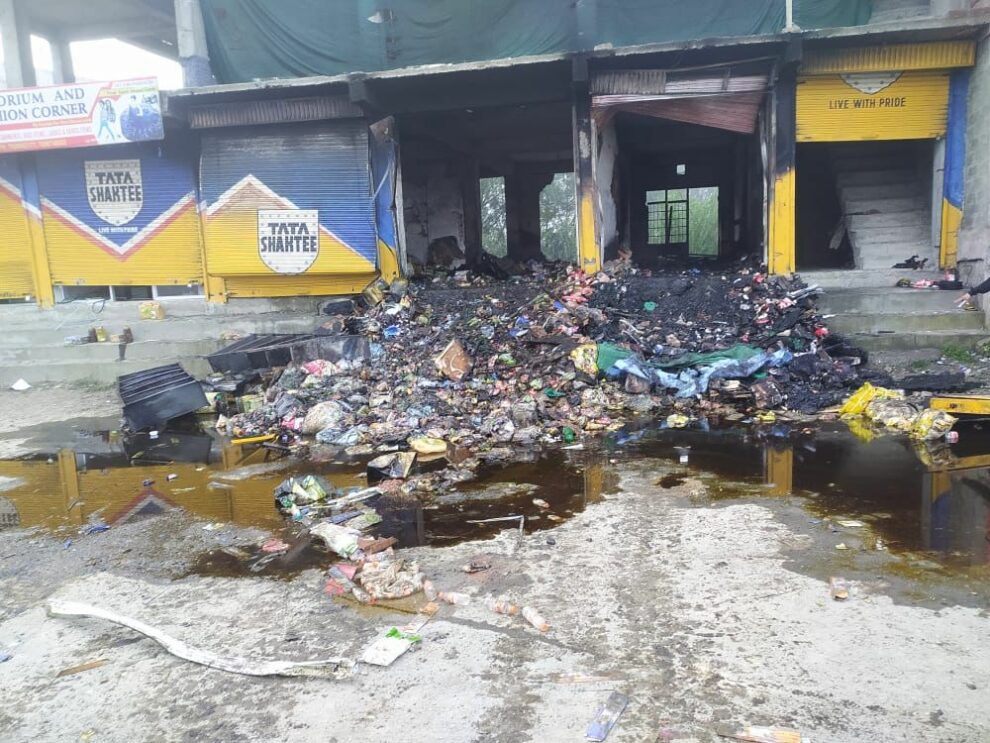 An official told that fire broke out from one of the shops in the area on the intervening night of Sunday and Monday.

He said that soon after the fire spread and engulfed nearby shops and in the incident three shops were gutted.

He said that later fire tenders reached to the spot and contained the fire to prevent further damage.

The official said that the cause of fire was said to be due to an electric short circuit, while police have taken cognisance of the matter.