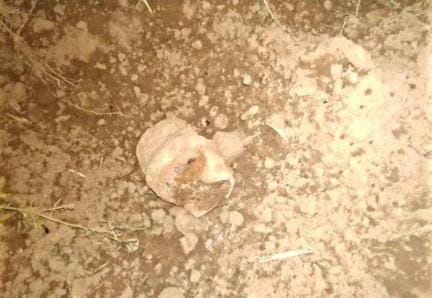 They said that one person namely Darshan Lal son of Faqir Chand of Dera, Samba informed the local Police Post, Rajpura that he has found three old rusted mines when he was digging a septic tank near the boundary wall of his house.

Police party from Rajpura rushed to the spot and took the mines in its custody, they said. Subsequently, a Bomb Disposal Squad was summoned for neutralizing the bombs, they said.