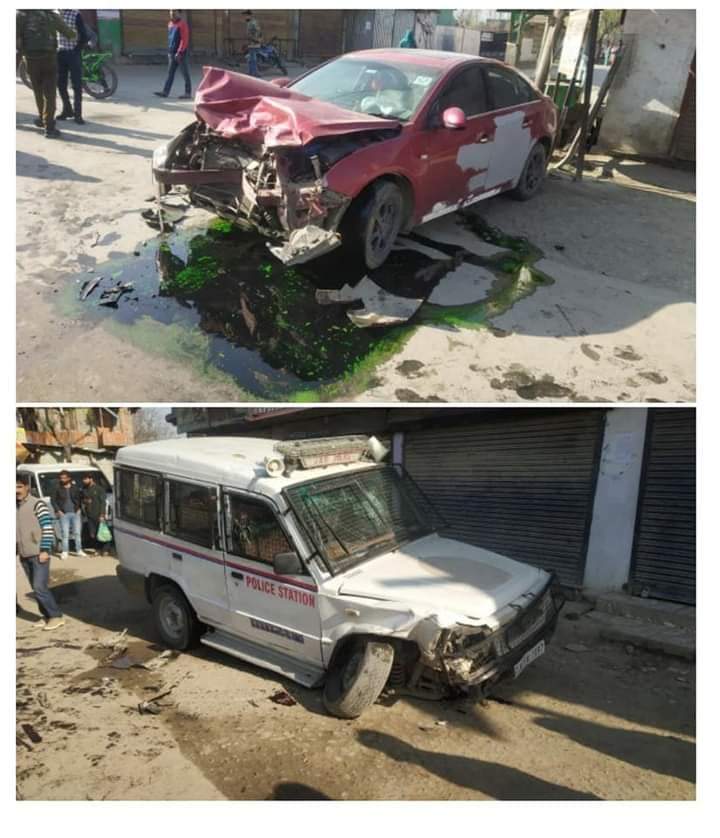 A police official told that a Maruti Cruze (HR51AQ-2253) being driven by a youth collided with a sumo police vehicle with several policemen on board. Three cops and a civilian were injured in the accident, he said.

The injured were immediately rushed to CHC Sumbal where from civilian identified as Tauseef Ahmad Rather was referred to Srinagar hospital for specialized treatment.

Meanwhile, a police said that a case under relevant sections of law has been registered and further investigation started. (GNS)