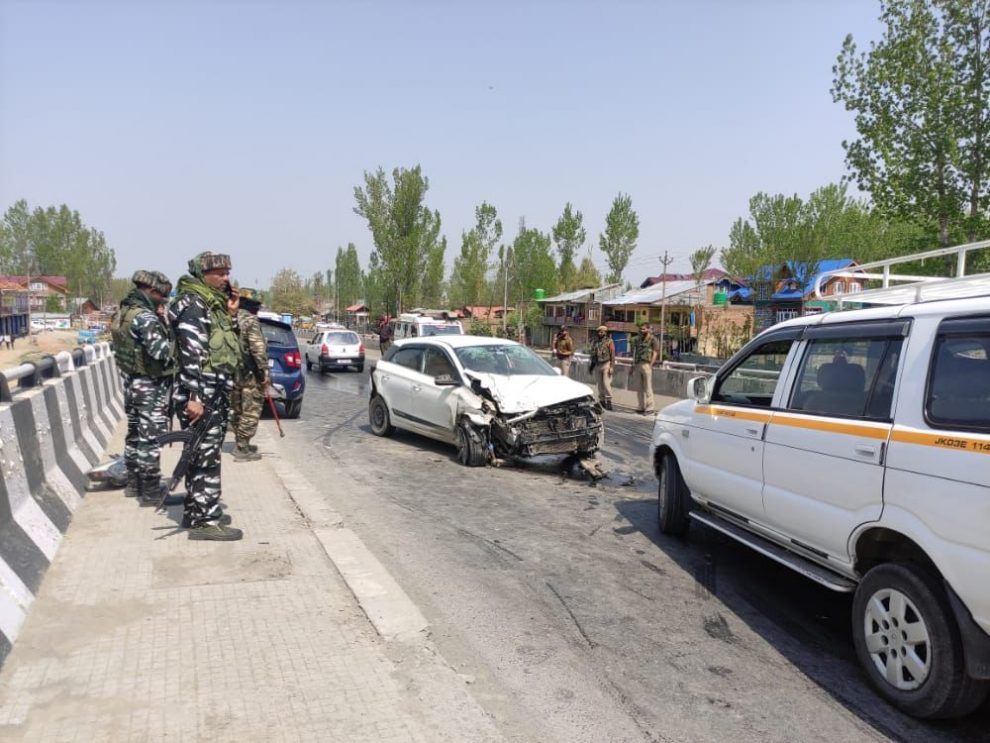 SRINAGAR: Three persons, including a woman, were injured in a road accident at the Levdora area of Qazigund along with Jammu—Srinagar national highway on Sunday afternoon, an official said.

An official told the accident occurred when a tractor (JK13D-8563), which was on its way to Qazigund collided with a car (JK02B0-1923) coming from the opposite direction.

The injured were identified as Usman Ahmad son of Farooq Ahmad, Gulshana Banoo wife of Nisar Ahmad and Mohammad Imran Dar son of Abdul Rashid all from Banihal, Ramban. The injured were rushed to the hospital, where they are under treatment—(KNO)