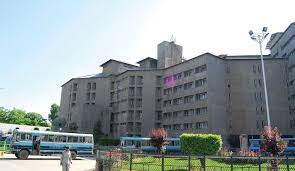 SRINAGAR: The J&K government has decided to re-constitute the purchase sub-committee, selection or promotion committee and the apical selection committee in Sher-I-Kashmir Institute of Medical Sciences (SKIMS), Soura.

Earlier, the government had directed the Director SKIMS, AG Ahanger not to look after the issues related to procurement and appointments after his term was extended till December. It has learnt that the orders for the re-constitution of respective committees were separately notified.

The Chief of Materials Management, SKIMS has been designated as Member-Secretary of the committee while as the Dean, Medical Faculty, Additional Director, Medical Superintendent, Chief Engineer, Medical Superintendent, SKIMS Medical College, Bemina, Director Finance, Concerned Head of Department (HoD) for which the purchases are to be made, representative of I&C Department, Deputy Director (Planning), SKIMS, have been selected as the Members of the Committee.

The Government directed that, for the apical selection committee, it shall be assisted by the experts from outside the Union territory of Jammu and Kashmir.