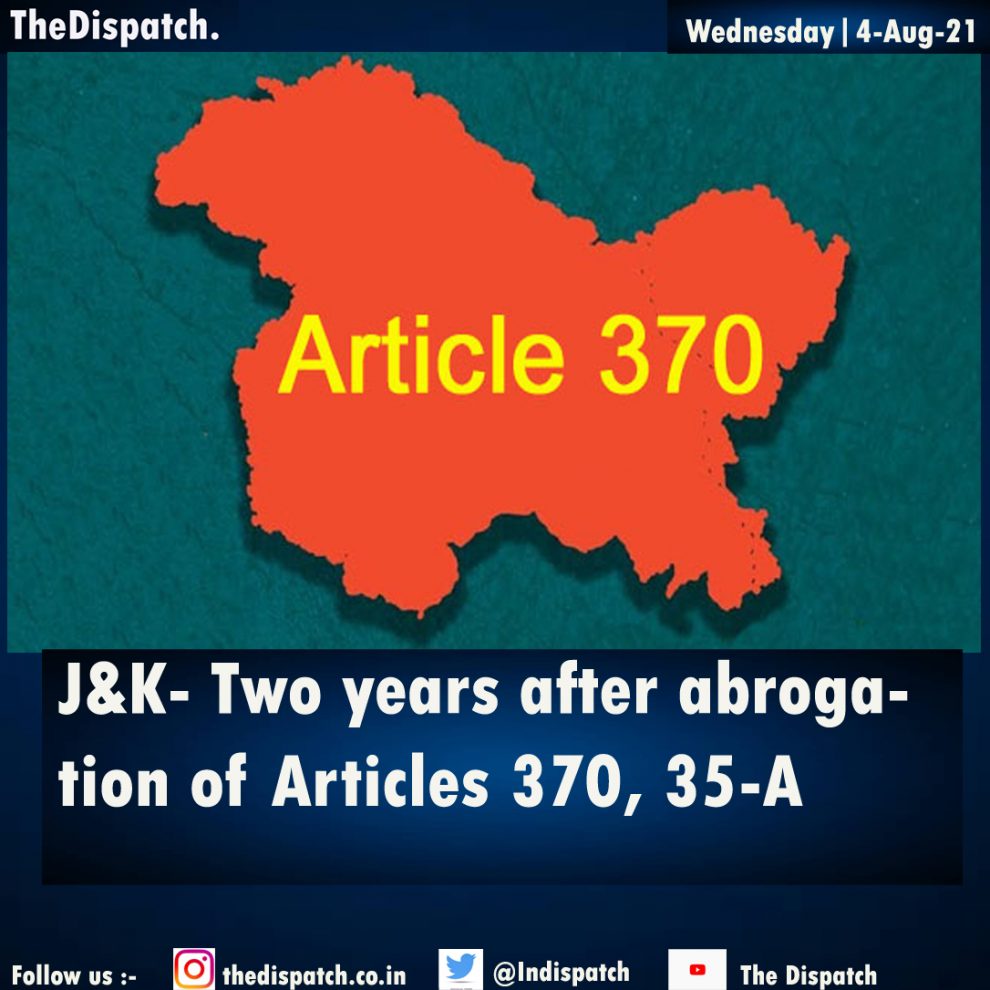 Jammu: On 5 August 2019, a resolution to scrap Article 370 and 35A was presented in the parliament by union Home Minister Amit Shah.

After the resolution passed in both houses, the president Ram Nath Kovind also approved it. After getting approval from the President, Article 370 and 35A were scrapped from Jammu and Kashmir. After this big decision of the central government, Jammu and Kashmir and Ladakh were separated and divided into two separate union territories.

After this decision of the government led by Prime Minister Narendra Modi, centre remained focused on two newly created union territories (Jammu and Kashmir and Ladakh).

After the abrogation of Article 370 and 35A in Jammu and Kashmir, there was a radical change in the atmosphere.

Although the entire Kashmir remained closed for a long time even after the abolition of Article 370, but gradually the life of the local people has started coming back on track. Prime Minister Narendra Modi called all the stakeholders to Delhi and talked. At the same time, the Delimitation Commission has started work in Jammu and Kashmir, after whose report the prospects of elections will start in J&K.

The Bharatiya Janata Party (BJP) won the elections to the Autonomous Hill Development Council (LAHDC) of Ladakh. BJP has won 15 seats here. At the same time, 9 seats came in the account of Congress. On the other hand, independent candidates had won two seats. Elections were held on 26 seats of LAHDC in which BJP got majority. BJP President JP Nadda had congratulated BJP for this victory, he tweeted and said, ‘BJP’s victory in Leh Autonomous Hill Development Council, Leh election is historic; BJP has won 15 out of 26 seats.

No jobs, passport clearance to anti-nationals

Implementing a new policy, the state government passed an order that those involved in stone pelting and other anti-national activities would not get the green signal from any security agencies in the scrutiny of passport applications and government appointments.

After checking the local police records and digital means, if the people of Jammu and Kashmir found involved in such activities will neither get passports nor will they get government jobs. The intention of the government behind this is that people who take salaries from India and take part in activities against India should not be included in the government system.

Has Kashmir changed since August 5th 2019?
COVID-19 herd immunity? It’s not going to happen, so what next?
Comment