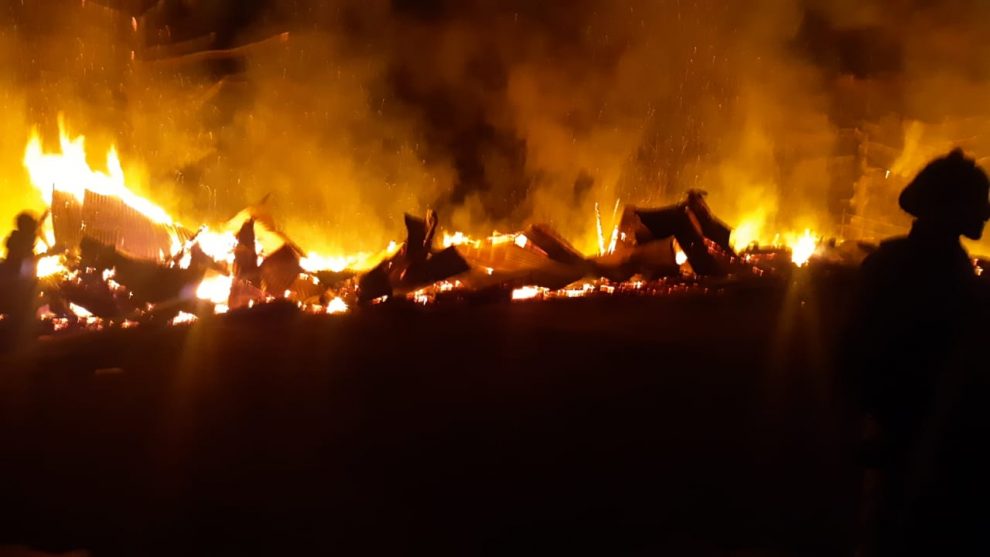 Baramulla, Apr 04: At least 25 shops were gutted in a major fire that broke out in Baba Reshi market area of Tangmarg in north Kashmir’s Baramulla district on the intervening night of Saturday and Sunday.

Official sources told the news agency—Kashmir News Observer (KNO) that fire broke out from one of the shops at around 1:10 am and soon engulfed other shops in the market.

They said that soon after the incident fire tenders and police reached the spot to douse off the flames.